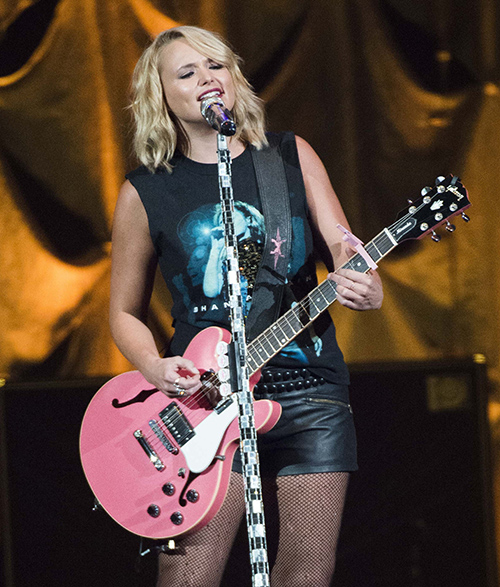 Miranda Lambert is dating! Nicole Kidman and Keith Urban are playing matchmaker for Miranda after Blake Shelton flaunts his relationship with Gwen Stefani on ‘The Voice.’ Nicole and Keith are very Team Miranda and trying to help the country singer move on after her divorce from Shelton.

It appears Kidman and Urban are set on finding Lambert a new man to fill the void after Miranda Lambert and Blake Shelton’s split. Shelton quickly moved on with fellow Voice coach, Gwen Stefani, and hasn’t been shy in parading his romance with Stefani. Rumors that Blake and Gwen began their romance before the divorce papers were filed made brief blip in the gossip world, but Miranda is still hesitant to begin dating.

Lucky for Miranda, she has some celebrity pals to help find a worthy date. A source told Life and Style, “Keith and Miranda go way back and even recorded a song together. Keith and Nicole knew Miranda and Blake when they were happy together, and they want to see Miranda’s smile once again.” According to the report, Nicole and Keith are scouring their A-list friends for a man who wants to help Miranda forget about her ex-husband.

There is no shortage of men interested in dating Lambert. “Miranda’s dance card is filing up already. The country community is tight-knit and once Keith and Nic started asking their friends if they’d like to date Miranda, they got plenty of yeses,” the mutual pal confessed. However, it looks like Miranda Lambert isn’t completely ready to date. “Miranda isn’t ready to jump into a real romance yet, the insider notes, but when she is, she’ll have the pick of the litter,” the source added.

Should Miranda Lambert start dating? What do you think of Nicole Kidman and Keith Urban playing matchmaker as Blake Shelton flaunts his relationship with Gwen Stefani? Let us know your opinions in the comment section below and stay up to date on Miranda Lambert, Blake Shelton, and Gwen Stefani by checking out all of CDL’s coverage.