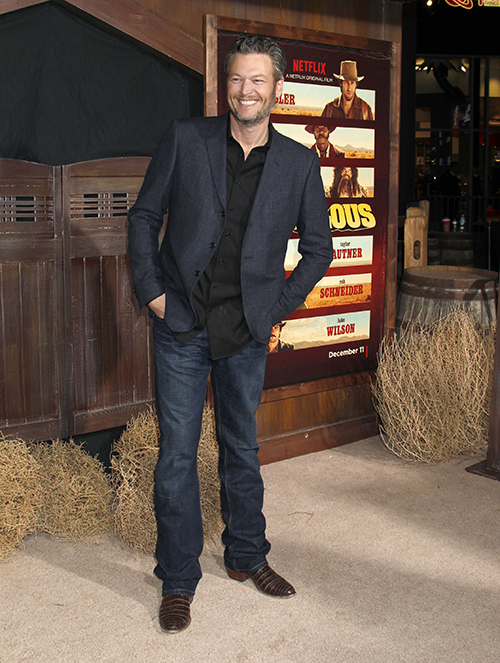 Hollywood cheating rumors about Blake Shelton, Gwen Stefani, Gavin Rossdale, and Miranda Lambert haven’t yet died down – and the gossip about who cheated on who first continues to color the tabloids. We all know that Blake and Gwen have started a lil’ romantic thing, but current chatter reveals that Blake’s heart is already straying from his new boo! Insiders have revealed it’s possible Blake’s eye have wandered and the country music megastar is cheating on Gwen.

Here’s how the buzz about Blake cheating on Gwen may have started. According to a source that spoke with OK!, shortly after Shelton and Stefani confirmed they were dating “Blake knocked back a few drinks at this bar and then started blatantly coming on to the bartender!”

The official announcement that Blake and Gwen were dating was made the same night as the Country Music Association Awards on November 4, 2015. Stefani did not accompany Shelton to the awards ceremony and it’s entirely possible Blake was out partying with the guys after the show. It’s no secret that Blake likes his booze – and after a night of drinking Shelton may have been flirting with a pretty bartender. But, that doesn’t exactly mean Blake cheated on Gwen with the lady manning the bar that night.

An insider close to Gwen revealed that if Stefani finds out that Shelton had a one-night stand it would absolutely devastate the singer. “[Gwen] thinks [Blake] is the opposite of Gavin.” Apparently, Stefani thinks Shelton is “her knight in shining armor who saved her when she was at her lowest.” The insider revealed that Blake made Gwen believe in love again.

If Blake Shelton is going to cheat on Gwen Stefani then why not reunite with Gavin Rossdale? After 13 years and three children the couple could possibly work things out. Is Gwen begging Gavin for a reunion? Perhaps Stefani has suggested marriage counseling?

Shelton probably isn’t all that different from Rossdale, and Stefani should have known that going into the relationship. There were plenty of rumors that Blake cheated on his first wife Kaynette Gern with Miranda Lambert. Did Gwen think she was going to be the one to tame Blake?

The source says that Blake Shelton really does adore Gwen Stefani but that doesn’t mean Blake is going to stop flirting with pretty ladies. Gwen may not be too happy about that. “The Voice” coach already suffered through years of Gavin Rossdale’s alleged affairs and probably isn’t going to tolerate this behavior from Blake.