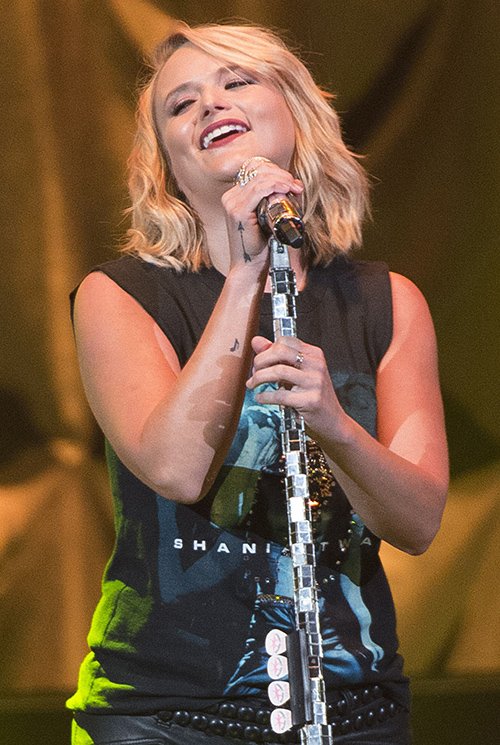 Miranda Lambert has been overwhelmed by her ex-husband Blake Shelton’s new hot romance with Gwen Stefani and it’s making the “Little Red Wagon” singer jealous because she wishes Blake treated her the way he treats Gwen.

There is no doubt that “The Voice” coaches have fallen pretty hard for each other. Even before Blake and Gwen admitted that they were dating when they were on their way to the 2015 Country Music Awards together, there were already some pretty hot rumors about a secret affair between the newly single singers.

Ever since Blake and Gwen went public last month, it’s been a nonstop lovefest between the “The Voice” coaches. There are stories everywhere about Stefani and Shelton PDA’s and we’ve seen pictures of Gwen Facetiming with Blake pretty much every time they are apart.

It’s even worse on “The Voice” where Gwen Stefani and Blake Shelton have been flirting shamelessly all season long. Gwen and Blake have a very affectionate and flirtatious relationship and it’s making Miranda Lambert really jealous.

All the things she sees her ex-husband doing for and with Stefani happen to be how she wished he had treated her when the country singers were still married. It’s pretty obvious that Blake and Gwen are still in the early stages where they just can’t get enough of each other.

Soon enough that will wear off and we’ll see what the real relationship between the two “The Voice” stars looks like. Right now though, the hot new relationship is looking pretty happy and it’s understandable that Miranda would be upset.

The ink wasn’t even dry on the divorce papers when rumors about Gwen and Blake started heating up. The fellow “The Voice” coaches already had chemistry on past seasons and Miranda Lambert had a bad feeling about that.

Once Blake Shelton was a free man, he made a beeline for Gwen Stefani and he’s been treating her like a princess ever since. The whole sickeningly sweet romance is so highly publicized that Miranda can’t help but hear all the lovey-dovey details and it’s just hurting the “Heart Like Mine” singer to think that Blake couldn’t have bothered to treat her that way.