Miranda Lambert Seeks Sperm Donations Or Adoption After Blake Shelton Split – Wants To Be A Mom! 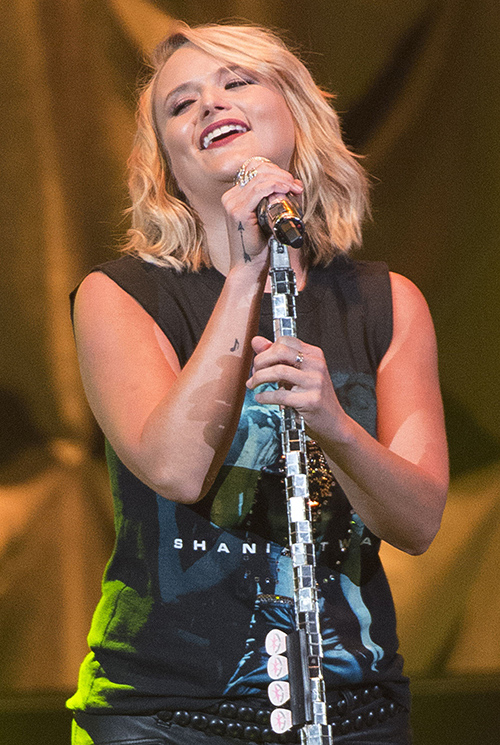 Is Miranda Lambert going to be a mom? The country music singer is not pregnant, but according to a new report, she is considering adopting a baby to raise as a single mom. Fresh off from her divorce from Blake Shelton, and still reeling from the news that Blake Shelton is now dating fellow Voice coach Gwen Stefani, Miranda has decided that now is as good a time as any to finally fulfill her dreams of being a mother.

It’s no secret that Miranda Lambert has desperately wanted a baby. While she was still married to Blake, reports were constantly surfacing that she and Blake were fighting over whether or not to start trying to get pregnant. Now, five years later, Miranda doesn’t have a husband or a baby. And she has decided to take matters into her own hands. According to a new report, Miranda is exploring options – and considering getting a sperm donor or adopting a baby.

An inside source close to Lambert dished to National Enquirer this week, “Now she’s her own master, and she’s inspired by Charlize Theron and Sandra Bullock in a big way Miranda’s not ruling out finding a donor, but she knows it can take years, so she wants to have all her options available, and the sooner the better.” The source goes on to say that Miranda is very serious about exploring the various options, including adoption and a sperm donor, to start the family that she has always wanted.

Its really not unusual in this day and age for middle-aged women to get tired of waiting on the right man to walk into their lives – and to start a family of their own and adopt a baby to raise as a single mother. We had a tough time believing that Blake was dating Gwen Stefani, and that turned out to be true, so anything could happen.

What do you guys think? Is Miranda going to follow in Sandra Bullock’s footsteps and adopt a baby of her own since Blake never gave her one? Let us know what you think in the comments below!