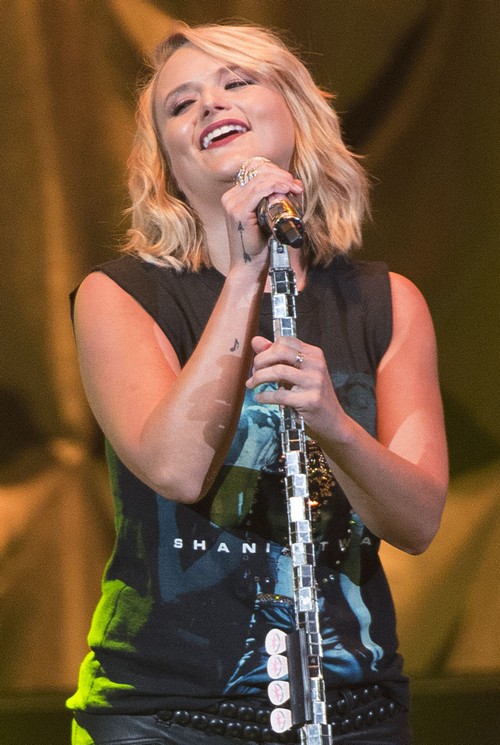 Miranda Lambert and Kenny Chesney romance rumors are heating up – but is this the real deal or is Miranda just using Kenny to make Blake Shelton jealous? Chesney and Shelton have been good friends for several years – and there is a possibility that Lambert thinks dating Chesney will push Shelton’s buttons.

Sources close to Kenny Chesney reveal that the “American Kids” singer is willing to sacrifice the bromance with Blake if given the opportunity to win Miranda’s heart. However, Chesney’s friends aren’t sure if the “Little Red Wagon” singer is dating – or would date – Kenny because she cares about him or merely wants to infuriate ex-husband Blake Shelton.

Miranda and Kenny have toured together back in 2009 when Lambert was married to Shelton The newly-divorced blonde is free to pursue a romance with Chesney and insiders told The Globe that Miranda and Kenny are testing the romantic waters right now.

Sparks are expected to fly when the duo hits the road in 2016 for the Spread the Love Tour. It really shouldn’t bother Shelton if the former Mrs. Shelton is romantically involved with good buddy Chesney –Blake is rumored to be wooing “The Voice” co-coach Gwen Stefani.

Miranda Lambert and Blake Shelton shocked fans when the country music power couple called it quits in July 2015. Allegations of infidelity on both sides emerged after Lambert and Shelton announced the split.

Post-divorce Miranda has been linked romantically to country singers Chris Young, Brett Eldredge and Jake Owen. It sounds as if the singer and songwriter, who has won the Country Music Female Vocalist Award five consecutive times, has the pick of country music’s best men!

Only time will tell if Miranda and Kenny are the real deal or the romance was manufactured in order to make Shelton jealous – or for publicity. All three country music superstars will be at the Country Music Association Awards on Wednesday, November 4 – Kenny and Miranda are both nominated in the Entertainer of the Year category. Will Miranda Lambert and Kenny Chesney walk the red carpet that night and confirm rumors of a romance? Will Blake show up with Gwen Stefani on his arm?