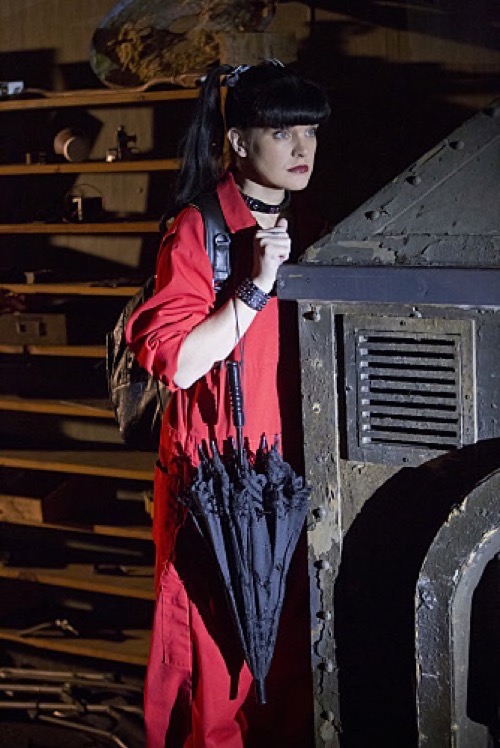 Tonight on CBS NCIS returns with an all new Tuesday May 5, season 12 episode 23 called, “The Lost Boys” and we have your weekly recap below. On tonight’s episode, a cyber case turns into a united global effort after evidence confirms that an international terrorist group that recruits children through the Internet is purchasing bombs on the black market.

On the last episode, special Agent Ned Dorneget from NCIS cyber operations assisted the team when a Navy ensign who worked in the Office of Naval Intelligence was murdered. Also, the team discovered that Jake and Gibbs have become good friends. Did you watch the last episode? If you missed it, we have a full and detailed recap right here for you.

On tonight’s episode as per the CBS synopsis, “the NCIS cyber case turns into a united global effort after evidence confirms “The Calling,” an international terrorist group that recruits children through the internet, has been purchasing S-bombs off the black market.”

Last week a teenager blew himself up because his new friends he met online convinced him to and on tonight’s all new episode of “NCIS” Gibbs needed answers. He needs to know who exactly these “friends” were.

The group that’s been targeting young children call themselves “The Calling”. Apparently Special Agent Ned Dorneget from NCIS cyber unit has done some digging since the unfortunate explosion and what he found was terrorist cell that stretched itself all across the globe. This group reaches out to kids in online forums and video games. And then they make themselves a priority to these children.

They make it seem like their friends, sometimes the only friends these kids have, and thus they talk to kids as young as twelve into doing their bidding. And as the team saw, “the Calling’s” main goal is to cause destruction on a wide scale.

Originally, Bradley was supposed to wait to blow himself up until he was “prime position”. Meaning he was supposed to take down tens possible hundreds with him. But what stopped a potential mass casualty is that Gibbs and his team found the teenager first.

However Ned has found evidence that indicates Bradley wasn’t the only one assigned a task. The departments across the globe pulled their resources and they found out the Calling has been trying to buy up S mines. Now those mines were once used by the Germans during the war. They release shrapnel and cause great injury to everyone within its vicinity.

And Gibbs needed to find out who was buying these things up on the black market. Hence he reached out to the only person he believed could help.

Agah Bayar is a notorious international arms dealer. And mines, any kind of mines, should be right up his alley. But it seems red tape is blocking Agah from being of any use. Director Vance later told Gibbs that they didn’t have the authority to use the arms dealer and that they have to pursue the case without his help.

So the inner working of department policy would have stalled the case but the agents managed to ctach a lucky break when they found Luke Harris. Like Bradley, Luke had gotten himself involved with “the Calling”. Yet when they found him, Luke didn’t try to hurt himself or anyone else. He was armed but never attempted to take a shot.

And so Gibbs believed he could still help Luke.

Luke had already been tested after all and he doesn’t appear to be a killer. If anything he’s still that confused kid that was targeted. And looking into Luke’s background, Gibbs understands why Luke made the choice to listen to “the Calling”.

Luke was adopted from overseas and when the kids at his school found out about his Middle Eastern origins – they began to bully him. They claimed he wasn’t a real American and the harassed him day in and day out. So one day Luke started to believe them when they said he was nothing. Because if he was nothing then his life didn’t really matter.

“The Calling” approached Luke and they told him they could give his life meaning. However, before Luke could fully join them, they asked him to disown everyone that wasn’t part of the group. And he was tasked to disown his white all-American parents.

And that’s something even a confused Luke couldn’t do.

So Gibbs knew how to get to Luke. He had to work the pre-teen’s relationship with his parents. But, sadly after Luke had disappeared; “the Calling” decided they couldn’t afford to take the risk he would talk. Thus they tracked down and murdered Luke’s parents. And then they found Ned who had gone overseas to work with their foreign task force that was closing in on the cell’s leader.

McGee had gone with Ned to Egypt and so he was in position to warn his friend about the approaching threat. And, thereby, Ned did his best to clear a crowded restaurant as fast as he could. But in order to ensure that everyone had escaped – he had to stay behind until the very last minute.

And so the team later got word that Ned didn’t make it.

Bishop and DiNozzo were assigned by Gibbs to talk to Agah and they were able to get his help. But, ultimately, someone somewhere had learned that Agah was helping the feds track down the S mines and they targeted him as well.

All three survived the assault though their task isn’t over yet. When Ned was returned home for burial, Gibbs finally met his mother. A well-known CIA agent that wanted to offer any assistance she could in apprehending her son’s murder.

So while “The Calling” believed they were proving a point when they after the same agents that were following them – they only brought down even more scrutiny upon their organization.