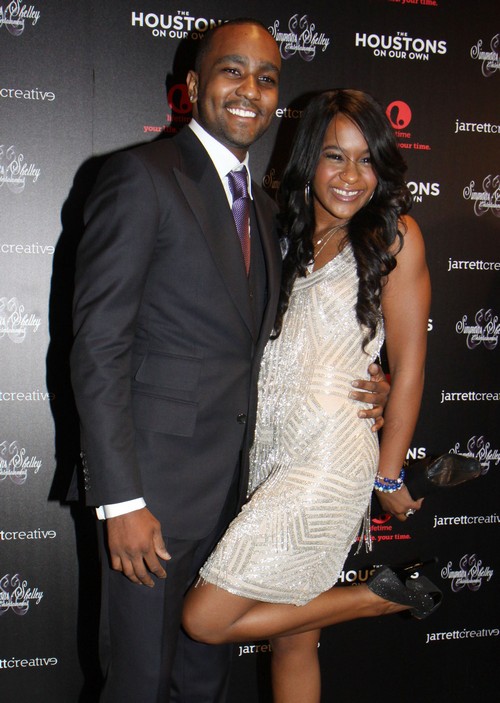 Nick Gordon is pleading to visit Bobbi Kristina Brown as his wife’s family says ‘no’ and considers removing life support from Whitney Houston’s daughter. As Bobbi Kristina Brown, daughter of Bobby Brown and the late Whitney Houston, remains in critical condition at Emory University Hospital, the media blitz continues for her boyfriend, Nick Gordon. Nick has been banned from visiting Bobbi Kristina and so far he hasn’t put up much of a fight about it. However, now that the police have opened a criminal investigation into Bobbi Kristina’s incident, Nick seems to be rethinking his strategy. His lawyer, Randall Kessler, claims that Nick hasn’t challenged the Browns and Houstons on their ban because he was trying to keep the peace. Nick “has respected the family’s wishes and for that reason alone has not returned to the hospital and risked a public confrontation.” The attorney added that Nick “desperately wants to be with the one he loves and continues to hope that his request will be granted.”

The timing of statement seems to indicate that Nick Gordon feels the need to do a bit of damage control. Max Lomas, the friend that found Bobbi Kristina unresponsive in her bathtub, was quick to point the finger at Nick shortly after the incident. Max claims that Nick was acting suspiciously right before Bobbi Kristina’s lifeless body was discovered. Max also alleges that Nick cleared the scene of potential evidence and cleaned up blood stains in the home before paramedics arrived. Those certainly don’t sound like the actions of a caring boyfriend. And note that it’s boyfriend, not husband. Bobby Brown’s lawyer, Christopher Brown, recently made a statement declaring that “Bobbi Kristina is not and has never been married to Nick Gordon.”

The confusion about the relationship between Nick and Bobbi Kristina could be another factor in Nick’s new statement. After all, Bobbi Kristina has a $20 million inheritance from Whitney Houston. It’s going to be a lot harder to get his hands on a piece of it if he wasn’t legally married to Bobbi Kristina. Still, Nick’s main goal right now is probably to keep himself out of jail. Police are suspicious after finding questionable injuries on Bobbi Kristina, including bruises on her chest and a bloodied mouth. With his recent tattoo of Bobbi Kristina’s name and the plea to rush to her bedside, Nick is likely trying save face in the eyes of the public.

What do you think about the recent statement from Nick Gordon’s attorney? Does Nick really care about Bobbi Kristina? Is Nick just trying to make himself look good—or at least better? Are Nick’s motives about money or covering his tracks? Let us know what you think in the comments below and don’t forget to check CDL often for the latest in the Bobbi Kristina Brown case.