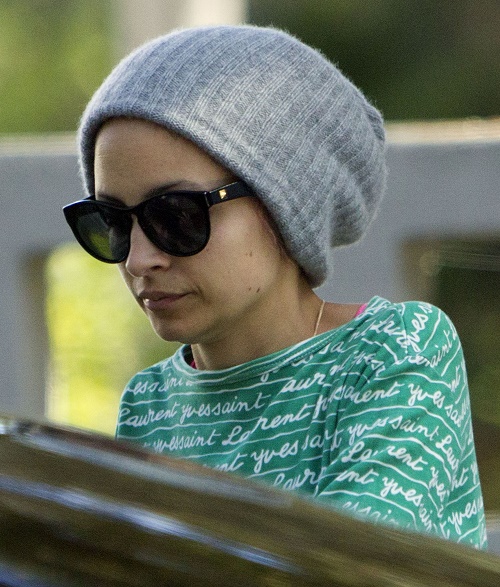 Nicole Richie and Joel Madden are definitely getting a divorce. We’d been hearing that for a few months now, but it’s been unofficially confirmed by Nicole’s behavior. According to several outlets [and our own two eyes], Nicole Richie hasn’t been wearing her wedding ring in weeks.

Once, ok. Twice, ok. Even three times, fine. She might have forgotten it, or sent it to get shined and polished. There are excuses when a woman forgets her wedding ring for a few days. But when this woman is a high-profile celebrity and knows she’s being photographed, and THEN steps out in the spotlight NOT wearing her wedding ring for weeks and weeks and countless photo-ops? Then, she’s sending us a message. She didn’t just ‘forget’ her ring at home, and she’s skilled enough at media manipulation that she’s obviously telling us something.

And what, pray, is she telling us? Well, that she and Joel Madden are not doing so great. We’d heard reports that their marriage had been on the rocks for a while, but both of them are supposedly hesitant to put their kids through a divorce – not just for financial and custody reasons, but because they know the media would get involved. Somehow, both Nicole and Joel have managed to stay relatively private, given their star status, and keep their kids away from too much paparazzi harassment. All that would change if they got a divorce, which is apparently one of the biggest reasons keeping them together.

However, if Nicole Richie doesn’t care about keeping up appearances, then how much longer can they hold out without going through the motions and getting a divorce? And will Joel Madden actually fight Nicole Richie on getting that divorce, since we haven’t yet heard [or seen] his side of the story? Let us know your thoughts in the comments below.