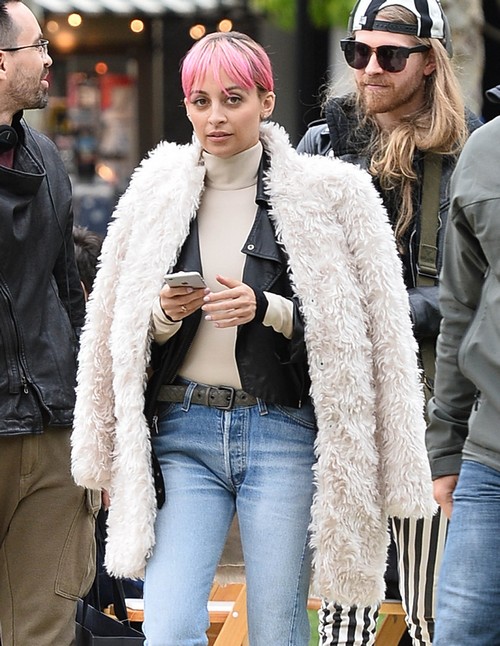 Nicole Richie and Joel Madden have been married for four years, but a new report suggests that their marriage is slowly but steadily coming to an end. The report claims that Nicole Richie recently met with a divorce lawyer and is ‘weighing her options’.

In Touch Weekly adds, “The couple has been spending more time apart because all they do is fight when they’re together. The last thing she wants is a public split with the children involved, but she’s desperately unhappy. It’s better for everyone right now if they just stay apart because it’s really not working anymore. It’s very obvious to friends that a divorce announcement will probably be happening soon.”

Nicole Richie and Joel Madden are also a relatively private couple, so we don’t often hear about their marriage being in trouble. But the report claims that they’ve been fighting non-stop for the past few months, about everything from their schedules to parenting their two young children, Sparrow and Harlow.

Nicole was also spotted without her wedding ring on April 24th and April 26th, which is definitely a sign that a divorce is in the cards. If she stepped out without a ring once, you could explain it away by saying that she forgot the ring at home – but twice? Nicole’s clearly made it a habit to not wear her wedding ring, and that’s never, ever a good sign for a marriage.

What do you guys think about Nicole Richie and Joel Madden fighting and possibly getting a divorce? Do you think that Nicole meeting a divorce lawyer is just a warning sign, or are things moving at a quicker pace? And do you think they’ll try couple’s therapy before getting a divorce, or will they just call a spade a spade and call it quits? Let us know your thoughts in the comments below.

FameFlynet: Nicole Richie is spotted filming scenes for her TV show ‘Candidly Nicole’ at the Americana in Glendale, California on April 24, 2015. It is being reported that Nicole’s show isn’t doing very well in the ratings and VH1 execs are begging her to add more celebrity guests like her father Lionel Richie, or husband Joel Madden to help boost interest in the series.