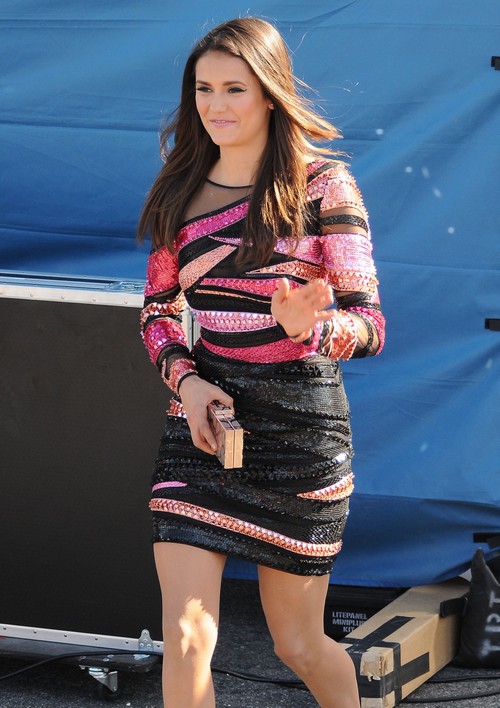 Did Nikki Reed ban Ian Somerhalder from attending the Teen Choice awards since she feared he would kiss Nina Dobrev? Things were awkward at the 2015 Teen Choice Awards thanks to ‘The Vampire Diaries’ drama. The typical highlight of the show is best kiss award that traditionally sees the winners kiss on stage, however it appears Nikki Reed banned Ian Somerhalder from reuniting with Nina Dobrev and the liplock win acceptance speech.

In fact, Nikki Reed and Ian Somerhalder were noticeably absent from the 2015 Teen Choice Awards. Perhaps the couple feared bumping into Ian’s ex-lover, Nina? All three claim there is no tension or bad blood after Nikki and Ian’s sprint to the alter after Somerhalder’s break up with Dobrev. But, multiple rumors claim there are repeated issues of jealousy and battles for the spotlight.

Dobrev made no mention of the Liplock Award and went into an emotional speech that made a few key points. Nina choked up as she said, “The last two months have been a pretty big change for me,” she said Sunday, adding how “change is a scary word … because it meant new beginnings. Change is necessary,” she continued. “Necessary for you to grow and to learn and to better yourself because everything in life comes to an end and as this chapter of my life comes to an end I look back at it with a grateful heart, and I smile.”

Nina went on to compare her personal growth to her character on ‘The Vampire Diaries’ noting that the both have become women. Things seemed to have a hint of foreshadowing when Dobrev closed her speech noting, “Remember, change is coming, so hold and enjoy the ride, all right? It’s going to be fun.”
Could her final sentiments be a hint at a new project? Reports have been brewing that Nina is desperate for a role on ‘True Detective’ and ‘Empire’ since her attempt at a movie career has proved to be a struggle. It’s possible Nina’s mention of a “change” could be her way of putting a final nail in the coffin regarding rumors of Nina’s possible return to TVD.

Nina Dobrev’s speech was labeled “touching” and “emotional” by media outlets like NY Daily News, but you can bet Nikki and Ian weren’t happy with Nina enjoying on more attention courtesy of ‘The Vampire Diaries’ and her kissing scenes with Ian Somerhalder.