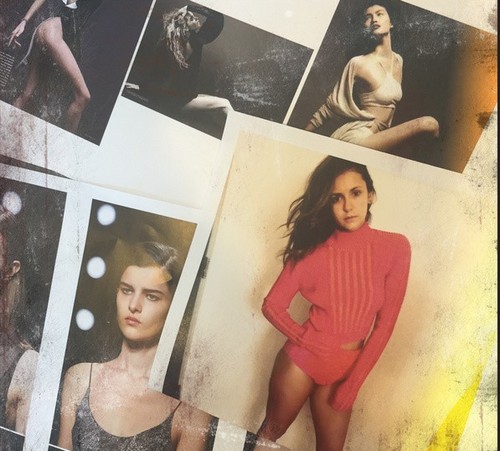 Nina Dobrev has spent all these years stuck on The Vampire Diaries, which was probably initially exciting but quickly segued into monotony. Without a doubt, Nina Dobrev was the best known member of the cast and also the only one who had a legitimate shot at being a movie star. Obviously, that would have been difficult if she stayed on The Vampire Diaries for another few seasons, but she smartly did not re-negotiate her contract and will be leaving once the sixth season is over.

That means that she’s gearing up for her next move, right? She’s already starred in Let’s Be Cops in a very minor role, but just from that one movie, we’ve seen that Nina has no hesitation in doing ‘sexy’ or revealing scenes. However, a new report from Hollywood Life claims that Nina is actively seeking out an R-rated role to show off both her acting chops and her body, largely because she wants to separate herself from the CW and The Vampire Diaries as much as possible – and what better way to do that than to star as the sexy love interest in something like True Detective?

Hollywood Life’s source explained, “Nina knows that she might have to show some skin to get to the next level so if the part is right she will go topless in a heartbeat. She has already accepted the fact that it might be needed to go bare for her next move to get a real juicy role from another actress.”

Well, we know Nina has no aversion to ‘showing skin’ since she already showed some skin. Plus, this is a girl that is clearly willing to do anything at her shot for A-list stardom [well, maybe not ANYTHING], and showing skin is unfortunately still part and parcel of A-list fame.