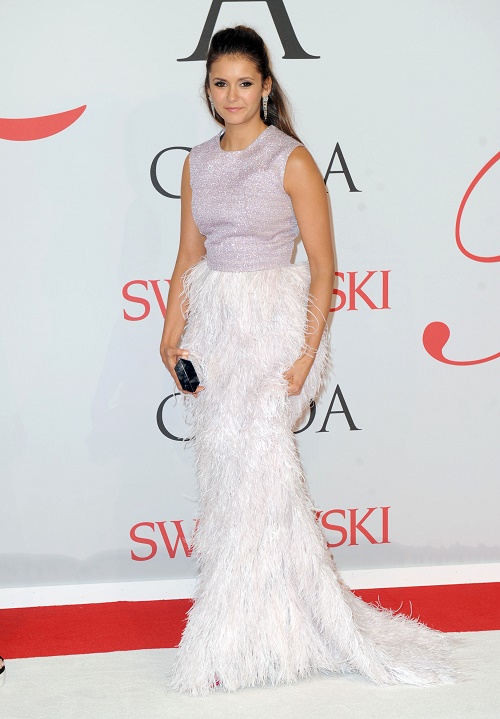 The Vampire Diaries Season 7 spoilers just hit the internet this week – and everyone is buzzing about all of the excitement in store for fans of the CW show, except Nina Dobrev. Right before the Season 6 finale, Nina Dobrev announced that she was quitting The Vampire Diaries and moving on to a movie career. Dobrev was certain that the show would be cancelled without her, and she thought it would be the ultimate revenge on her ex-boyfriend and former co-star Ian Somerhalder. But Nina’s plan seems to be going awry.

When Ian Somerhalder and Nikki Reed got married, Nina insisted that she could care less and even went as far as to say that she was happy for the couple. No one was buying it though. Who would be happy that their ex-boyfriend was marrying their ex-BFF after dating for just nine months. Nina dated Ian Somerhalder for over two years and she didn’t get a ring! Nina promptly quit the CW show, and was certain that after she did so The Vampire Diaries would flop without her – and Ian would be out of a job.

Instead, Nina’s departure seems to have breathed new life into the primetime drama, and her character’s exit opened up a whole new world of possibilities when it comes to storylines. As if seeing Nikki and Ian get married wasn’t excruciating enough, now Nina has to sit back and watch the show and Ian be a success without her. Vampire Diaries fans are in a frenzy over the juicy Season 7 spoilers, and seem to have already forgotten that Nina quit the show. To add insult to injury, Nina’s movie career is not picking up like she had planned – and she still hasn’t booked any major roles.

What do you think TVD fans? Are you excited to see where the show goes without Nina Dobrev, could her quitting actually be exactly what the show needed to get its second wind and make a come-back? Did Nina’s revenge on Ian Somerhalder backfire? Let us know what you thin in the comments below!