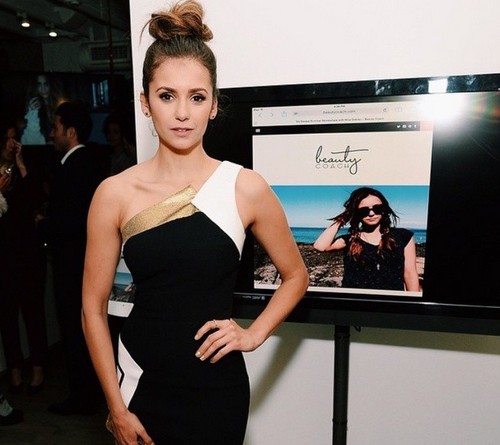 Nina Dobrev knows that Ian Somerhalder and Nikki Reed are engaged and The Vampire Diaries star predicts a breakup and failed engagement largely because their past histories. And while one can’t blame Nina Dobrev for being upset and furious that her ex-boyfriend got engaged to his girlfriend of barely six months, there’s one thing that she should be feeling very confident about; the fact that Nikki Reed and Ian Somerhalder will breakup soon and barely last past their engagement.

Come on guys, let’s be real. Ian Somerhalder couldn’t make his relationship with Nina Dobrev work, even though they were dating for more than two years. And fine, let’s just say Nina was too young, the age difference got too great, and she didn’t want to settle down. Even if we take all those factors for granted, the fact remains that Nikki Reed has also been married [to Paul McDonald], and that marriage didn’t work out either. For two people whose serious, long-term relationships ended in breakup and divorce, Nikki and Ian are fairly gung-ho about this time working out, huh?

In fact, our sources tell us that Nina is confident that Ian and Nikki will breakup before they even make it to marriage – probably a few months into being engaged. After all, Nina’s has first-hand experience in all the ways Ian Somerhalder can screw up a relationship, and no doubt, she believes that he’ll do it before he and Nikki end up walking down the aisle.

While Ian might not cheat on Nikki like he’s rumored to have done with Nina, there’s still no questioning that Nina is intimately acquainted with Ian – whether she likes it or not.

What do you guys think? Will Nikki Reed and Ian Somerhalder actually breakup? Will Ian’s cheating be the reason? Let us know your thoughts in the comments below.