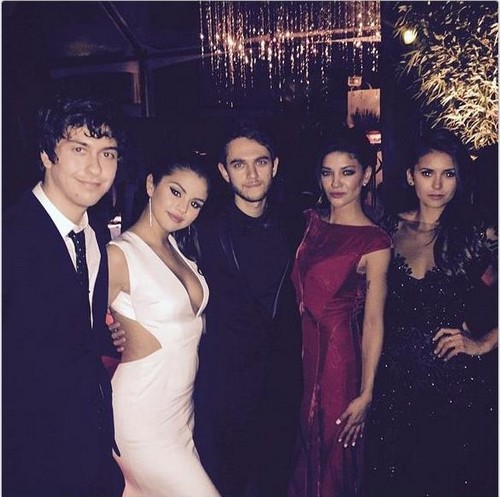 Even though the end of The Vampire Diaries is fast approaching, Ian Somerhalder and Nina Dobrev are reportedly considering talks to extend their run. The only problem? Well, let’s just say that the off-set romantic troubles of the main cast sometimes mirrors the drama happening on-screen.

Nina Dobrev and Ian Somerhalder dated a long time ago, but sources have told us time and time again that their relationship on set has never gone past cordial. In fact, some sources have stated that their behavior towards each other borders on toxic, with both of them ignoring each other and only talking when necessary. If it was any other situation, it probably wouldn’t have mattered, but considering that Ian and Nina play on-screen love interests, their awkward interactions will make a difference to the end product.

Of course, that’s not even considering the hostility that Nina would feel towards Ian’s constant PDA with Nikki Reed. They break up, and what does Ian do? Instead of respecting her privacy in a time like this, he goes and flaunts his new relationship in everyone’s faces, including Nina’s. And that’s when Nina has done her utmost best to keep all of her other flings on the backburner.

So all things considered, can you blame Nina Dobrev for wanting to quit The Vampire Diaries if Ian and Nikki continue their PDA fest into 2015? Plus, there are rumors that Ian is planning to propose to Nikki and get married, which would make things that much more awkward for Nina. I mean, I think Nina quitting the Vampire Diaries is a given either way, but if Ian Somerhalder and Nikki Reed get married, she’ll have more than one reason to leave the show. Nobody wants to hang around their ex-boyfriend all the time, and much less so when that ex-boyfriend is married.