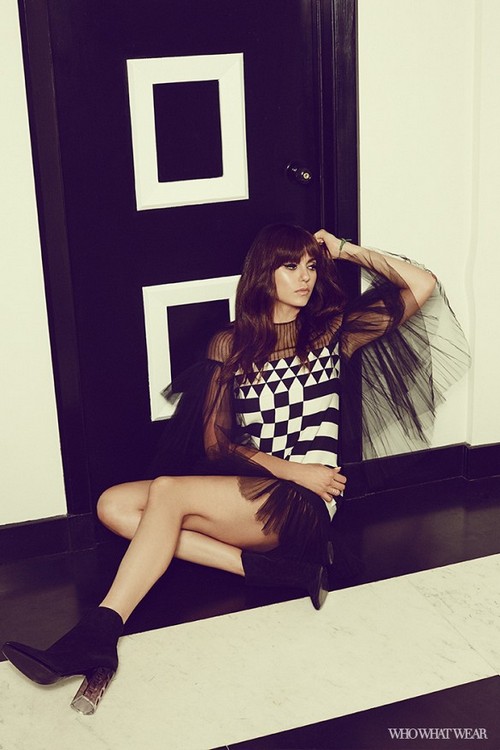 Nina Dobrev is trying to break free from her TVD past, and debuted her revamped look on the cover of Who What Wear. Nina discussed her new career goals and look with the magazine, hinting that she wants to shed ties to Ian Somerhalder and end ‘The Vampire Diaries’ connection. The former CW star is doing everything she can to escape the stigma of her time on the supernatural drama, but her love triangle with Somerhalder and Nikki Reed seems unending.

Nikki is not the only one who desperately wants the Nina Dobrev and Ian Somerhalder connection to be forgotten. However, Dobrev fans know Nina was the one who broke up with Ian, after the older TVD star started pushing for marriage and babies. Somerhalder then ran to the open and recently divorced arms of Nikki Reed, who married Ian after a quickie engagement.

Now, big surprise, Ian wants kids as he stares down turning 40. However, Nikki is pumping the brakes on having kids after landing a role as Betsy Ross on ‘Sleepy Hollow.’ Reed is clearly focused on her career and all her philanthropy work and doesn’t want a pregnancy to stall her career momentum. According to rumors, the topic of babies has Ian and Nikki constantly fighting.

Meanwhile, Nina Dobrev has been working hard to create a new image, free of Ian Somerhalder and ‘The Vampire Diaries.’ Nina’s goal was to quit TVD and land some movie roles to cement a film career, which would be an upgrade after leaving her comfortable role as Elena. Too bad Dobrev’s movie career is pretty much nonexistent. After the silver screen goals failed, Nina was desperate for a role on an already successful show like ‘Empire’ or ‘True Detective.’

Once again, Nina hasn’t had too many bites and is trying a new angle, according to her interview with Who What Wear. Sporting a fringe of bangs, Nina told the mag, “I want to do something dark and gritty. I want to work with directors that I admire and that will make me better and actors that will challenge me and scare the sh*t out of me.” Dobrev further explained her move to take the role on ‘The Final Girls’ saying, “It’s something I hadn’t seen or read before. We make fun of horror movies, break them down, and challenge the stereotypes.”

What do you think of Nina’s new fringe bangs and attitude? Will Nina Dobrev ever be able to shed her Ian Somerhalder and Vampire Diaries connection? Let us know what you think in the comment section below.

Image Credit: Who What Wear