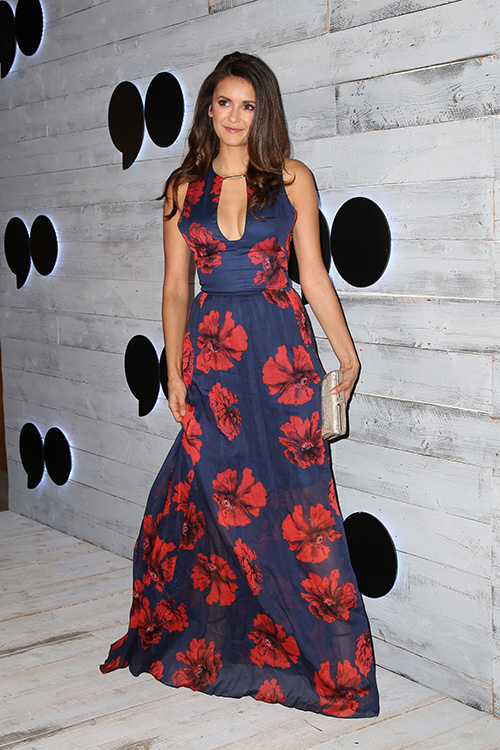 Nina Dobrev is done with ‘The Vampire Diaries’ and has confirmed that she refuses to return to the show as Elena Gilbert. Perhaps Nina is desperate to outshine her past and her relationship with Ian Somerhalder, or simply wants to take on movie rolls to further her career. Whatever the reason Dobrev has for refusing to return to TVD, Nina is clearly ready to emerge from the shadows of her role as Elena and love triangle with Somerhalder and Nikki Reed.

Fans of TVD have been hoping Nina Dobrev will return to reprise the role of Elena, largely because part of the cast and showrunners have been teasing Dobrev’s possible return. Ian, along with several fellow Vampire Diaries stars, tempted fans with the possibility Elena could return during Comic Con in San Diego. Showrunners followed by telling media outlets like The Hollywood reporter that they would happily welcome Dobrev back to the show.

It seemed everyone was riding on the possible return of Nina Dobrev to ‘The Vampire Diaries’ press train – everyone except for Nina Dobrev. In fact, Nina has been trying to step away from the association of TVD and her ex, Ian Somerhalder. At the 2015 Teen Choice Awards, Nina made her future pretty clear by stating, “Change. It’s a scary word, or I used to think that, because it meant new beginnings. New beginnings with a future that was unknown. But change is necessary. Necessary for you to grow up and learn and to better yourself, because everything in life comes to an end.”

Pressed further on the subject as season 7 of ‘The Vampire Diaries’ is set to debut on October 8, Dobrev confirmed she refuses to return to TVD. Nina told EW, “That chapter is closed, sadly – bittersweet.” The former CW star made sure to add some well-wishes prefacing her confirmation she won’t return assuring fans, “I can’t wait to see what the new season will look like. I’ll be watching. I’m very excited for my friends.”

It’s actually smart for Nina Dobrev to create distance from her role as Elena and ‘The Vampire Diaries’ as she is attempting to launch a film career. Nina’s silver screen goals are failing, but rumors have it that her camp is after larger roles on hit shows like ‘True Detective’ or ‘Empire.’ Ian Somerhalder might also be following Nina’s departure from TVD, as there are whispers Ian is being pushed by Nikki Reed into quitting ‘The Vampire Diaries’ to land mainstream movie roles and end the Nina-Ian-Nikki love triangle.

What do you think? Will Nina Dobrev’s career take off now that she is officially done with her role as Elena on ‘The Vampire Diaries’? Let us know your thoughts in the comment section below.