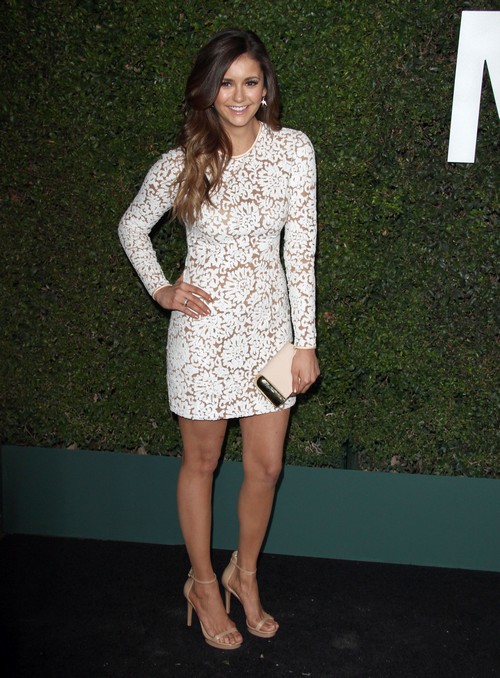 Nina Dobrev is just about wrapping up her years-long stint on the Vampire Diaries, and then preparing to launch her long-gestating movie career. She’s spent years trying to land bit roles in studio films, and while she has The Perks of Being A Wallflower, she doesn’t really have anything else high-profile on her resume. Because of that, sources tell us that Nina Dobrev is trying to land a Twilight-esque film franchise before she exits the Vampire Diaries completely. Right now, there’s maybe another season to go, but any more than that will lead to contract re-negotiations and a lot of hoopla from the network.

Plus, Nina’s 25 years old right now, and it’s prime time for her to strike while the iron is hot. Everyone knows who she is, she’s young, she’s attractive, and she’s a solid actress who’s shown range on a long-running TV show. Sure, that TV show is on the CW network, and that definitely isn’t a sign of quality – but at the same time, The Vampire Diaries has definitely been one of the higher-quality entries into the CW TV show genre.

Either way, Nina’s hoping that she’ll be able to land herself a solid franchise – preferably YA or superhero – which would set up her movie career quite nicely. It would allow her to work on bit parts in awards bait films and build her prestige, but at the same time, guarantee her parts and visibility in major studio films. Several other TV stars have broken out the same way – Shailene Woodley and Jennifer Lawrence being the notable examples – and Nina would do well to follow their career examples.

Granted, it’s not that easy or simple – and many YA and superhero franchises fail before they ever really take off. Nina will have to get lucky to land something along the lines of Twilight, The Hunger Games, or even Divergent – and lightning very rarely strikes twice. And superhero films? Well, Marvel has a tendency to look at experienced actors for their major superhero roles, and DC doesn’t really have a long line of female roles on its roster just yet.

What do you guys think about Nina Dobrev trying to land a Twilight-esque film franchise? Let us know your thoughts in the comments below.