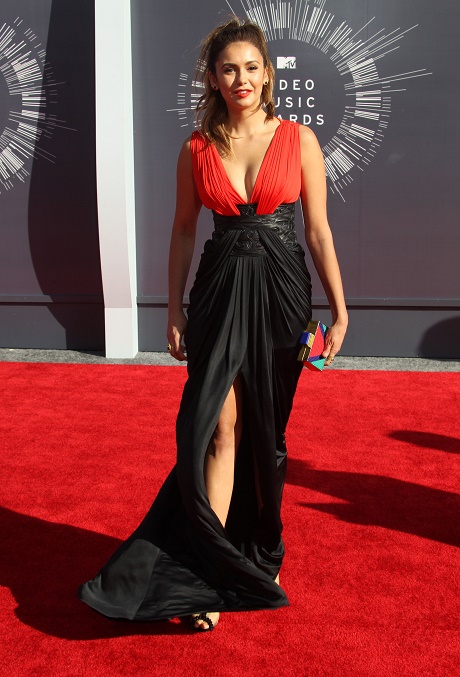 Nina Dobrev will quit The Vampire Diaries if Ian Somerhalder renews his contract for next season – Nina will then go to The Originals where she is debuting this year. The sixth season of The Vampire Diaries is about to premiere, and although we already had plenty of show spoilers for you, here’s another interesting tidbit from the rumor mill. According to reports, the majority of the cast – including all three principals, Nina Dobrev, Ian Somerhalder, and Paul Wesley – are only signed on for six seasons of the show, with a possibility of an extension. If that’s the case, then they’re all nearing the end of their contracts, which means the network will either renegotiate with the cast to deal massive pay increases, or they’ll bid adieu to the show.

Now, Nina Dobrev totally has a shot at a legitimate movie career, probably much more than anyone else in the cast. But with that being said, why turn down a steady TV gig, right? However, Nina’s decision to sign on for a few more seasons or quit cold turkey will probably have a lot to do with Ian Somerhalder’s decision. We already reported that Nina was headed to The Originals for a guest stint, but now we’re looking at the possibility that she could end up moving there for good – especially if The Vampire Diaries is coming to an end.

Basically, Nina Dobrev has made it clear to TVD producers that if Ian Somerhalder stays on the show, she’s quitting. In other words, if Ian stays on The Vampire Diaries, they can either move Nina to The Originals full-time or release her from the contract. There’s no way The Vampire Diaries can continue without Nina Dobrev, as Elena = the show. What, are they going to try to revolve the story around boring Stefan and his brooding face? Or worse, around Damon’s angst and drama? Or even worse, around Caroline’s and Klaus’ tortured love story? Actually, I would totally sign up for that last part.

Anyway, Nina’s put up her side of the ultimatum, so now we just have to wait and see what the producers decide. What do you guys think will happen? Let us know your thoughts in the comments below.