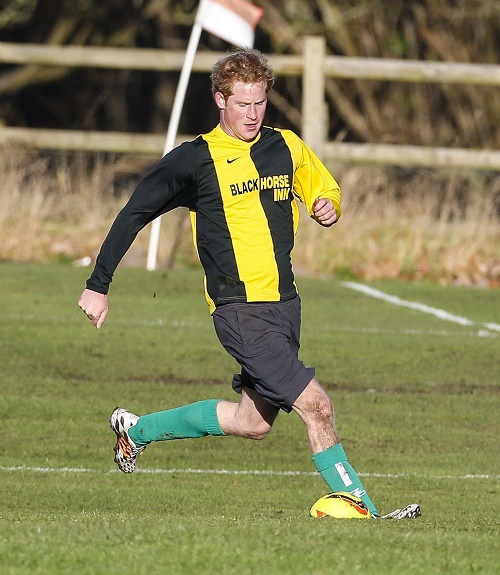 Prince Harry’s never, ever going to live down the humiliation of the 2012 Las Vegas nude scandal, especially if strippers are constantly reminding him of the ordeal. According to the Daily Beast, one such stripper who spent that infamous night with Prince Harry has revealed that she is stripping again in Vegas this weekend, but she’s planning to wear Prince Harry’s underwear while doing so.

Now, Carrie Reichert – the woman who claims to have spent time with a naked Prince Harry in the Wynn VIP suite that weekend – has adopted the stage name of Carrie Royale for her stripping stint this weekend. And even though the palace press office continues to deny that Carrie Reichert ever met Prince Harry, she insists that she did party with him that weekend and walked away with his underwear. And knowing what we do about what Prince Harry got up to that weekend, who are we going to believe? The stripper looking to make a quick buck, or the royals, who don’t want the world to know what their precious prince gets up to in his free time?

However, the stripper did explain – in detail – everything that went down that night, telling The Sun, “Harry was already undressed. It was just crazy. He looked actually delirious. There was a pool table and he was playing air guitar with pool sticks.” She also insists that she and Harry kissed several times, adding, “[He told me] I was beautiful and gorgeous, which was sweet. Then we kind of nonchalantly returned to the party and kept drinking.”

Right. Super nonchalant. See, this is what I have trouble believing. This woman makes out with a prince, and then ‘nonchalantly’ goes back to the party and keeps drinking? I believe that she got his underwear that night – from all the stories, it doesn’t seem like that was all that difficult. But the rest of the story is iffy, and it definitely casts doubt on whether Carrie ‘Royale’ will actually be stripping in Prince Harry’s underwear or some random’s underwear.