Rachel McAdams Dating Taylor Kitsch After Growing Close On Set Of HBO’s ‘True Detective’ – They’re Really Into Each Other! 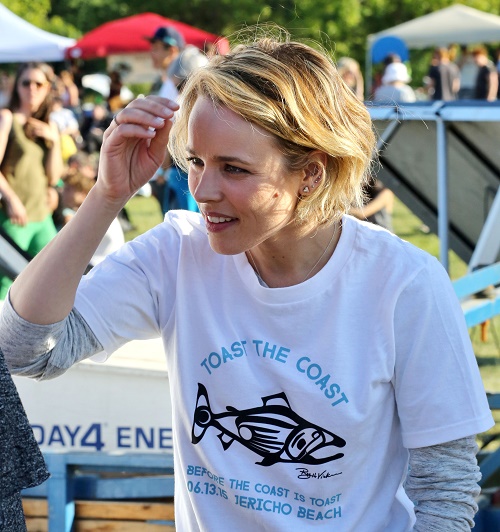 Rachel McAdams is off the market, guys! The True Detective actress doesn’t stay single for long, but according to a new report, her co-star Taylor Kitsch swooped in just in time to nab Rachel. Rumors that Taylor and Rachel were dating began popping up as soon as the duo was working together on the set of HBO’s popular series “True Detective.” They gained momentum when Taylor and Rachel were spotted on what appeared to be a date on June 2 at Osteria Mozza in West Hollywood. Now, according to a new report, Taylor and Rachel are official, and they are “totally into each other.”

Rachel McAdams doesn’t stay single for long because she is constantly filming some project or another, and she always seems to find love on the sets of whatever movie or TV show she is currently working on. Rachel famously hooked up with Ryan Gosling after they filmed The Notebook, and just this past April she began dating Jake Gyllenhaal after they bonded on the set of Southpaw. Now, Rachel has reportedly moved on with her True Detective co-star Taylor Kitsch.

A source told Us Weekly that Taylor and Rachel are definitely dating, and it looks like their relationship is getting rather serious rather quickly. The source dished, “It hasn’t been long. But it’s getting serious. I don’t know if it is full-blow love yet, but they talk constantly. They’re really into each other, she talks about him all of the time!” The source goes on to add that Rachel and Taylor actually were friends before they began working together on the HBO set, but filming caused them to grow much closer than before.

Taylor and Rachel definitely make a cute couple, but we’re not going to get our hopes up and get totally invested in this relationship just yet. Who is to say that Rachel won’t start filming a new project, and drop Taylor like a bad habit for a shiny new male co-star? Do you think their relationship is the real deal? Let us know in the comments below!