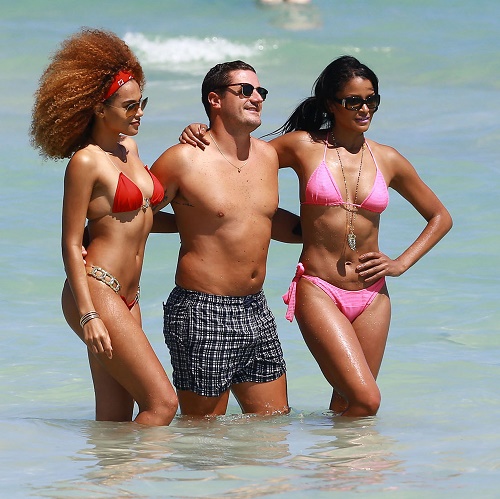 Bravo is currently scrambling to put together the cast for Season 8 of Real Housewives of Atlanta, and according to multiple sources, there will be some major changes to the line-up. First of all, here are the RHOA cast members that will actually be returning to the reality TV show: Nene Leakes, Kenya Moore, Kandi Burruss, and Cynthia Bailey. Cynthia was reportedly out and Bravo had no intention of inviting her back for another snoozefest, but it looks like the producers had a change of heart after the cheating scandal with her husband Peter Bailey erupted. Is anyone really surprised? Bravo can’t resist a good cheating scandal.

According to numerous reports and insiders, newbie Claudia Jordan is out, and Phaedra Parks hasn’t received an invitation to come back to Real Housewives Of Atlanta either. Phaedra has been a cornerstone of the RHOA cast for years; however, her storyline seems to be fizzling out and losing viewers’ interest after her husband Apollo went away to prison.

So, if Phaedra and Claudia are both axed, who is Bravo casting to fill the hole in the Real Housewives of Atlanta cast? Multiple names have been tossed around, but according to a new report from Naughty Gossip Bravo has set their sights on the following ladies: Kim Fields, Drew Sidora, and Lena Chenier. And each woman has some interesting potential storylines that could definitely shake up the Real Housewives of Atlanta.

Apparently, Kim Fields is a devout Christian, but her husband is reportedly bisexual, which could definitely be a conflict of interest. 30-year-old actress Drew Sidora is a newlywed and pregnant with her first child, and we all know the Bravo producers love a good baby storyline. And Lena Chenier and her fiancée RL have an axe to grind with Cynthia and Peter Bailey over a business venture that went sour.

RHOA fans, do you think the show will go on without Phaedra and Claudia? Of the three possible new housewives, which one would you like to see star on Season 8? Let us know what you think in the comments below!