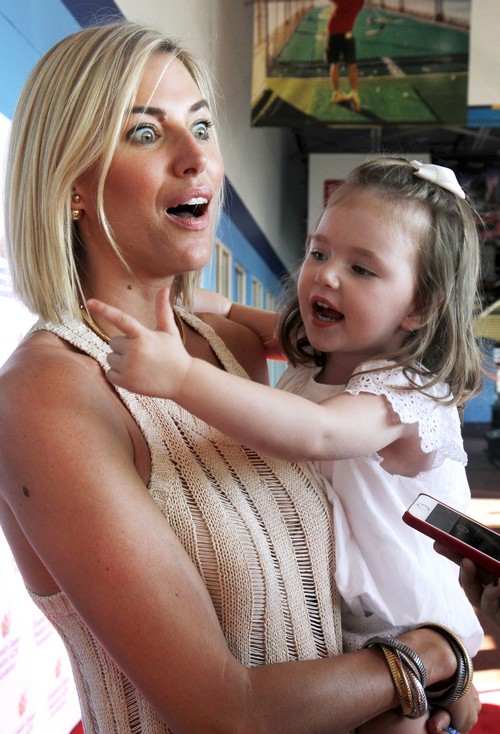 Real Housewives of New York cast rumors indicate that Bravo is firing literally half of the cast – starting with Kristen Taekman. The Real Housewives franchise has been doing some major cast overhauls this summer, and when Housewife superstars Nene Leakes and Brandi Glanville are fired it is pretty clear that no one is safe. Rumor has it that RHONY cast members Kristen Taekman, Heather Tomson, and Carole Radziwill are all on their way out and are currently on Bravo’s chopping block.

Rumors have been floating around for weeks that Kristen Taekman was getting fired from the RHONY cast, and according to the July 13 edition of OK! Magazine there is definitely some truth to them. An insider dished to OK! Magazine, “Kristen’s storyline has been way too boring. She didn’t bring enough drama to the cast. Producers have edited Heather to look like the villain this season, and once that happens it is a telltale sign that you are out.” Carole Radziwill is rumored to be following Heather and Kristen out of the RHONY revolving door and the source added, “Carole just hasn’t done anything to make this season interesting.”

It’s not as easy being a housewife as one would think, in order to succeed in the franchise you have to bring the perfect balance of drama without stepping on too many toes. Brandi Glanville and Nene Leakes brought a ton of drama, but in the end they met their demise because they stepped on too many toes. On the other hand, if you are too mellow and don’t step on any toes then you find yourself in Carole Radziwill’s position.

Bravo is definitely looking to revamp their Housewives casts, with huge changes to RHOBH and RHOA, that means RHONY is sure to follow. There is no news yet on who Bravo is looking at to replace Kristen, Heather, and possibly even Carole. Do you watch Real Housewives of New York? Do you think Bravo is making a mistake letting those three women go, or do they definitely need some new and more exciting faces on the Bravo reality TV show? Let us know what you think in the comments below!