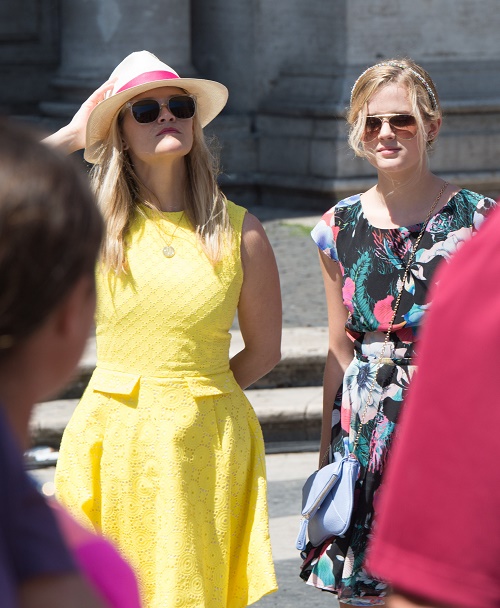 Reese Witherspoon and her ex-husband Ryan Phillippe need to seriously consider taking a few co-parenting classes. The former couple has been reportedly fighting tooth and nail over their two children. Ryan and Reese went their separate ways years ago; however, the couple has shared joint custody of their two children, Deacon (11 years old) and Ava (15 years old), since their divorce. According to a new report, Ryan has been ditching the kids and not keeping the set custody schedule, which has created a war between him and Reese.

The June 29 edition of Life & Style Magazine tease that Ryan and Reese have been having a tough time sharing custody of their two children, and Reese thinks that Ryan is not upholding his end of the custody agreement. An insider dished to Life & Style, “Lately they have been at each other’s throats!” Apparently, after Ryan failed to pick up his kids on more than one occasion for a scheduled visit, Reese lashed out at Ryan and accused him of “partying too much.” Seeing as how Reese is the one who was causing a drunk scene in 2013 and arrested, Ryan didn’t exactly think she was in any position to lecture him about partying.

Life & Style Magazine reveals that Reese and Ryan’s fighting took a turn for the worse when Reese asked her current husband Jim to “have a chat” with her ex-husband about the kids – as you can imagine, it didn’t go over too well. Nobody ever wants to hear get lectured about their parenting skills by their kids’ step-parents, or their ex’s new husband. Is anyone really shocked that Jim stepping in only made things worse? Reese can force Ryan to help her support the kids financially, but she can’t force him to spend time with the kids.

Do you think that Ryan Phillipe is slacking on his parental duties? Or is Reese Witherspoon overreacting? Did she cross a line by having her husband Jim confront Ryan? Let us know what you think in the comments below!