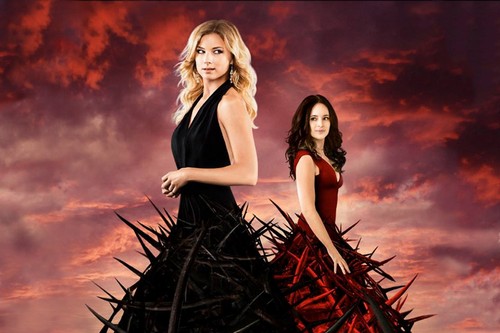 “Revenge” spoilers for Season 4 Episode 14 ‘Kindred’ promise an exciting episode based upon the synopsis and promo video that no fan will dare miss! The “Revenge” mini multi-episode arc with Malcolm Black [Tommy Flanagan] is over, but that means there’s more time for Victoria Grayson [Madeleine Stowe] and Emily Thorne [Emily VanCamp] to return to their game of cat-and-mouse. The spoiler promo for “Revenge” Season 4 Episode 14 ‘Kindred’ reveals that their brief time together in captivity hasn’t done anything to bond Victoria and Emily, and when Margaux tells Victoria that she’s going after Emily, Victoria’s greatest concern seems to be helping her succeed.

Victoria even reveals that Emily Thorne is Amanda Clarke, which obviously gives Margaux a massive advantage. All in all, Margaux claims that she’s getting revenge on Emily for Daniel Grayson’s [Josh Bowman] death, but we all know there’s a lot more to the story – as always on “Revenge.”

It’ll be interesting to see if Margaux manages to take Emily by surprise, considering how seasoned Emily is at this sort of thing. However, Emily seems rested and at peace in the promo clip, telling her father that she’s got friends and she’s got her father, and thus, she’s happy. However, it seems like Emily has no idea that Margaux is gunning for her, and if I had to guess, this’ll plot will end up carrying over into the rest of the season. After all, it is ‘Revenge’.

What do you guys think about “Revenge” Season 4 Episode 14 spoilers for ‘Kindred? Do you think that Emily will get her chance to finally move on, or will Margaux’s plot manage to suck her back in? Will Victoria feel any regret about helping Margaux, especially after what she and Emily went through with Malcolm? Or is her desire for revenge and vengeance too high for her to think about that right now?

What do you guys think? Will you be tuning in to watch the episode this Sunday on ABC? Let us know your thoughts in the comments below.