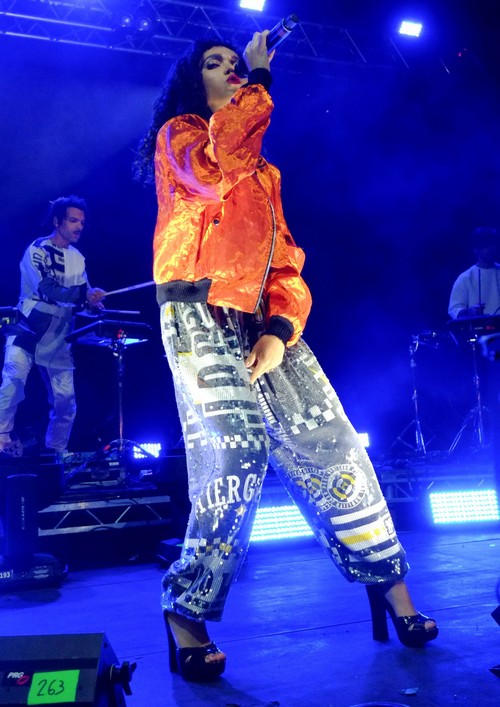 Robert Pattinson and FKA Twigs are planning their wedding, and if the Twilight hunk has his way his ex-girlfriend Kristen Stewart will be attending. It’s no secret that FKA Twigs hates Kristen Stewart and all things associated to Twilight, so you can imagine how furious she was when her fiancée announced that he planned on sending Kristen an invitation to their wedding. According to a new report, FKA Twigs and Robert Pattinson’s engagement is on the fritz, all because of his ex Kristen.

The June 22 edition of Life & Style Magazine reveals that Twigs and Robert were going over the guest list for their upcoming wedding, and all hell broke loose when he said that he wanted to invite Kristen to their nuptials. The magazine’s insider dished, “Twigs couldn’t believe it and she told him absolutely not. She was flipping out and they got in to a huge fight.”

Apparently Rob and Kristen have been back in contact ever since she reached out to him and congratulated him to his engagement to Twigs. According to Life & Style Magazine, K-Stew and Robert are on a strictly friends basis – but his fiancée is not having it, and is obviously threatened by the history that they have even though Kristen has moved on with her live-in girlfriend Alicia Cargile. The inside source went on to explain, “Rob thinks that Twigs may be overreacting. But, he definitely put a damper on their wedding plans and now he is trying desperately to resolve the situation.”

FKA Twigs may be overreacting a bit, after all he did put the ring on her finger, not Kristen’s. But, the part we don’t get – is why would he even want Kristen Stewart at his wedding? She cheated on him and publicly made a mockery of him, we’re all about forgiveness – should she really be at your wedding? Is it possible that Kristen Stewart and Robert Pattinson really are reconnecting after all of these years? Maybe FKA Twigs isn’t so crazy and paranoid after all – and she really does have reason to be concerned. Let us know what you think in the comments below!

FameFlynet: Kristen Stewart and her rumored girlfriend Alicia Cargile are spotted out for lunch in Silverlake, California on June 6, 2015. The pair laughed and joked as they tried to keep their heads down when heading back to the car