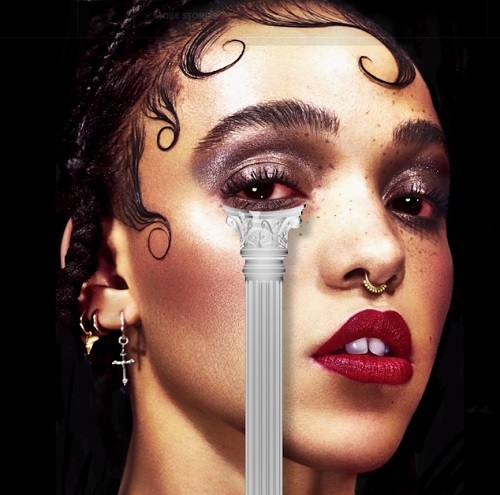 Robert Pattinson and FKA Twigs wanted to keep their engagement a secret this spring, but T-Pain spilled the beans during an interview and said that his collaboration with Twigs was on hold because she had “just got engaged to Patty.” Since Twigs got a ring from Robert Pattinson, the couple has been under the microscope and constantly in the news – FKA Twigs insists that she hates all of the attention she receives as Robert’s fiancée, but we’re not totally buying it.

FKA Twigs recently sat down with Complex Magazine for an exclusive interview and discussed her relationship with Pattinson, and T-Pain outing their engagement. Complex Magazine’s Cedar Posori noted in the article that Twigs seemed “genuinely sad” about T-Pain revealing their secret but she commented, “It’s fine, I’m a pretty chill person, do you know what I mean?” Then Twigs went on to say that all of the attention and bullying from Twilight fans that she has received on social media since her engagement made news has been “horrible.”

After complaining about all of the attention she has received since she began dating Robert Pattinson, Twigs went on in her interview to discuss her newfound fame and all of the opportunities she has received in her music career. Twigs even confessed that she never thought a few years ago that she would make it to this level. Does anyone else see a huge contradiction here? It sounds like Twigs wants all of the benefits of being famous and engaged to Twilight star Robert Pattinson, but she doesn’t want to have to deal with any backlash or negative criticism from the media or fans.

Twigs wants everyone to think that she is devastated her engagement secret got out, but let’s be real for a moment – would she even be interviewing with Complex Magazine if she wasn’t in the news every day because of her engagement? Do you think Robert Pattinson’s fiancée genuinely hates being in the news, or is she secretly loving the attention? Let us know what you think in the comments below!