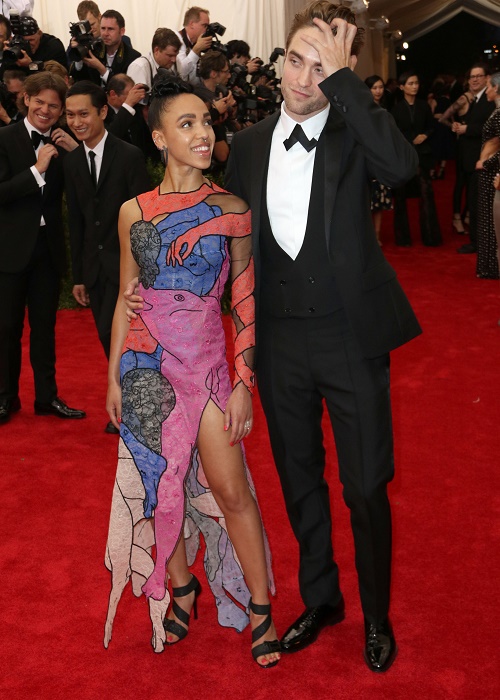 FKA Twigs has banned Nikki Reed from her wedding! Robert Pattinson and FKA Twigs are happily engaged and planning their big wedding – but the Twilight star and his fiancée are having some discrepancies over their guest list. It’s no secret that Twigs despises Kristen Stewart and is jealous of the actress’s history with her soon to be husband. The singer hates all things Twilight – including Robert’s former co-star Nikki Reed.

Nikki Reed and Robert Pattinson were at one point close friends – until hurricane Kristen came along and they had a huge falling out. Now Rob wants to reconnect with Nikki by inviting her to their wedding. CDL’s insider explains, “Kristen came between Rob and Nikki. Now that Rob has a new partner who Nikki is a huge fan of, Rob wants to be friends with Nikki again. He thinks she’ll be a great supportive friend to Twigs and realizes that the cause of his friendship breakdown with Nikki was because of Kristen ruining things for them.”

FKA Twigs has informed Robert that under no circumstances is anyone that used to be friends with Kristen Stewart or from the Twilight franchise attending her wedding, and that list includes Nikki Reed. You would think that Twigs would be all for inviting Nikki Reed to the wedding seeing as how Nikki and Kristen have been reportedly feuding for years – but that’s not the case.

Ironically, Nikki just bragged in a recent interview with Yahoo! that she is Twigs’s number one fan. Reed gushed about Robert’s fiancée, “I’m the biggest fan. I’m a true fan. It’s so rad that she’s with my co-star [Robert Pattinson] because I’m a true fan of her. I’m going to ask him if he can get an autograph for me. She’s such an amazing musician. She’s an artist through and through. She’s a true artist and always has been.”

So, if Nikki Reed hates Kristen Stewart and thinks that Twigs is God’s gift to music, then why is she banned from the wedding? You would think that she and Rob’s new fiancée would be BFFs. But FKA Twigs is super insecure when it comes to Robert and Kristen Stewart, and the legions of Twilight fans that want the two actors to get back together. The last thing Twigs wants is a Twilight reunion on her wedding day to remind her of Robert’s ex K-Stew.

Twigs banning Nikki Reed from her wedding could actually be much deeper than her overall hate for Twilight. Nikki Reed and Robert Pattinson were actually linked together romantically several years ago, and his former hook-ups with Reed are, according to Star Magazine, the reason that Nikki and Kristen Stewart had a huge falling out back in 2011. Who would want someone that used to hook up with you husband at your wedding?

Do you think Twigs is being ridiculous by banning Nikki Reed from her wedding and not letting Robert Pattinson invite her? Or does she have every reason to want an anti-Twilight wedding? If Nikki Reed and Rob did hook up in the past – is that why FKA Twigs secretly hates his former co-star? Let us know what you think in the comments below!