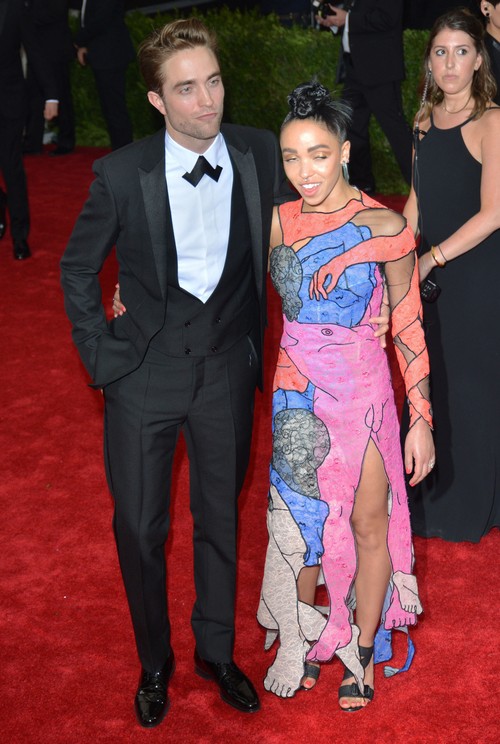 Is Robert Pattinson cheating on his fiancée FKA Twigs with his longtime pal Sienna Miller? Sienna and Rob have been friends for what seems like forever. She used to hang out with Rob and Kristen Stewart – when they were still an item. And, according to a report from E! Online in 2014, Sienna and her now ex-husband Tom Sturridge actually are the ones who introduced Robert Pattinson to FKA Twigs, and then they proceeded to go on double dates together.

According to this week’s edition of In Touch Magazine, Robert Pattinson and Sienna Miller have been spending an awful lot of time together, without Twigs, and their constant flirting is starting to raise a few eyebrows. Sienna and Robert’s relationship was always platonic, but throughout their years as their respective spouses have come and gone – could they have developed feelings for each other? This isn’t the first time that Rob and Sienna’s “closeness” has been speculated about.

If Robert Pattinson and Sienna Miller ever were to start hooking up together – it makes sense that now would be the time that they chose. Sienna Miller is officially single. In July 2015, she split from Tom Sturridge after four years together. And, recently, reports hit the internet that Robert Pattinson and FKA Twigs were on the verge of a break-up as well, and insiders even told People Magazine that the Twilight star and singer had put their wedding plans on hold. Isn’t it a bit ironic that Robert and Twigs have virtually no time in their busy schedules to see each other, but Pattinson manages to find time to flirt with Sienna Miller?