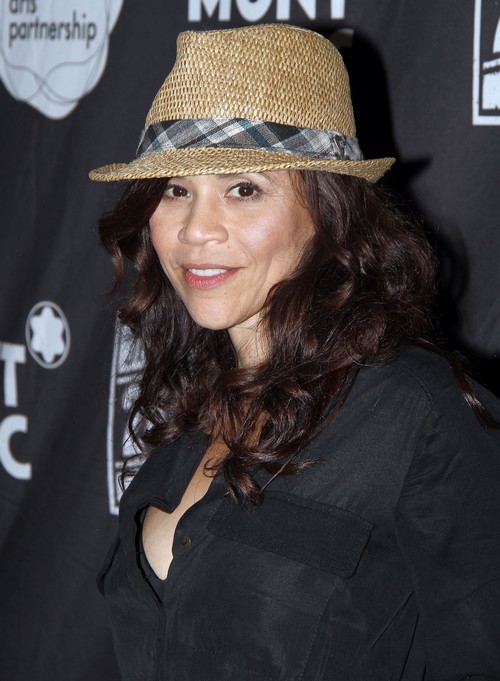 Rosie Perez is reportedly leaving ABC’s “The View,” after just four months on the show. Rosie had reportedly taken off the entire month of January to go do the Broadway play ‘Fish In The Dark’, but sources tell Variety that she will NOT be returning to her stint as host on the show. The show hasn’t officially announced her departure or her replacement, but they’ve been testing out a variety of younger co-hosts in her absence. Was Rosie Perez fired or did she quit?

Considering that Rosie Perez was only on “The View” for a grand total of four months, I don’t think her departure is going to hit anyone particularly hard. The show is still officially denying that there’s any change to Rosie’s status, but that’s probably because they are scrambling to find a replacement.

Honestly, “The View’s” viewership has been steadily declining over the last few years, so I wouldn’t be surprising to hear that Rosie quit and left “The View “of her own volition as opposed to being fired. She might have decided that Broadway or returning to a full-time acting career was better suited to her life, especially since being a host on “The View” wasn’t proving to be very useful. But at the same time, sources tell Variety that Rosie had trouble adjusting to “The View’s” news topics, not to mention her difficulty in reading the Teleprompter. In the end, it seems like it was a combination of Rosie not being suited to the show, the show itself undergoing yet another reinvention, and a mutual decision by both parties that it just wasn’t working out.

Variety also claims that many more changes – both behind-the-scenes and in front of the camera – are coming. I wouldn’t be surprised if we saw a few more casting changes, especially among the main hosts.

What do you guys think about Rosie Perez leaving “The View?” Let us know your thoughts in the comments below.