Rumer Willis Demands To Be Next ‘Bachelorette’ – Seeking Love or Fame? 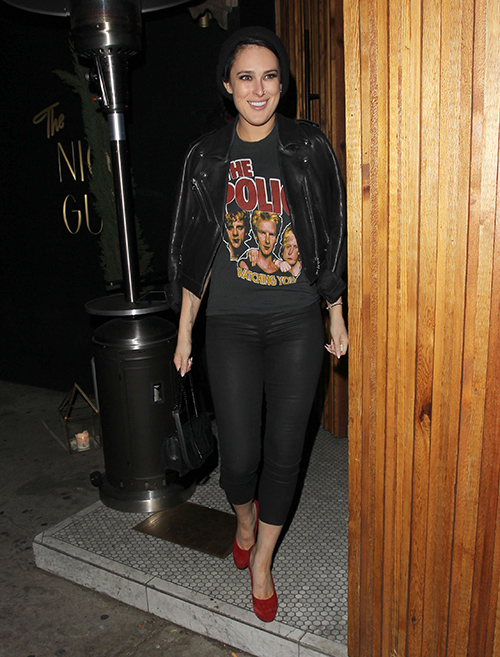 Why would Rumer Willis demand to be the next “Bachelorette?”  If Rumer is in the running is the starlet looking for love or fame?  And are the producers of the reality television show seriously considering Rumer as an option?

ABC just might be willing to gamble on Rumer’s “Dancing with the Stars” popularity carrying over onto “The Bachelorette.”  Insiders reveal that Willis is at the top the list of women in consideration. Rumer’s agents are reportedly negotiating for nearly complete control over the men chosen, etc. Reportedly all Rumer’s conditions must be met because she does not want to deal with the embarrassment other “The Bachelorette” stars have experienced.

The oldest daughter of Bruce Willis and Demi Moore enjoyed a short-lived romance with “Mistresses” star Ricky Whittle. The couple called it quits in October 2014. In interviews, Ricky Whittle revealed that Rumer was the “right girl at the wrong time.” Is Rumer on the rebound?

A source recently revealed to OK! that Rumer “is the first to admit she’s been dating duds.” Instead of weeding through the duds herself, the source says Rumer thinks it would be fun to have someone else – specifically the producers of “The Bachelorette” – find the one true love of her life.

The “Dancing with the Stars” season 20 winner may be desperately trying to stretch out the proverbial 15 minutes of fame. Is Rumer really looking for love? Would ABC put Rumer in as “The Bachelorette” in order to score huge ratings – forget about finding the love of her life!

Can you imagine the hometown dates to daddy Bruce Willis’s home? That could be enough to scare off any guy hoping to win Rumer Willis’s heart! But would the bachelors chosen to meet Bruce, and possibly Demi Moore, be in it for love – or just the opportunity to meet Rumer’s famous parents?

If Rumer Willis were chosen to be “The Bachelorette,” do you think it would be for love or fame? Ditto on the bachelors? How many times in a lifetime do you get woo Bruce Willis and Demi Moore’s daughter and appear on television?