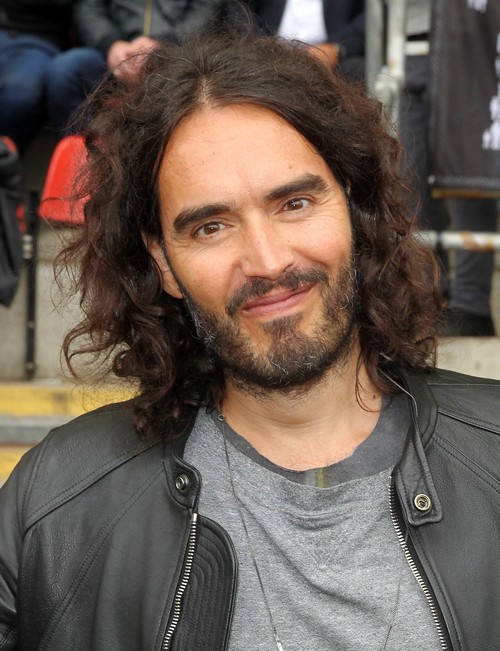 Russell Brand isn’t done trashing Katy Perry and in his new documentary he calls the life they shared “the very thing I detest.” Brand ended the couple’s marriage by sending Perry a text on New Year’s Eve 2011 letting her know he intended to file for divorce.

The vile rant directed at Katy Perry includes Russell Brand saying, “I’m associated with the very thing I detest: vapid, vacuous, plastic, constructed, mindless celebrity” as photos of Russell and Katy are shown. The Daily Mail says that in the documentary, “Brand: The Second Coming,” the British comedian began to question his relationship with the “Dark Horse” singer when he was in Africa with Comic Relief in the spring of 2010.

The trip had a profound effect on him and he realized his own values had changed. Yet the couple went ahead and married in October 2010 in a lavish ceremony held in India.

Is this all just sour grapes on Russell Brand’s part? Was he furious that he was recognized as the husband of an international superstar rather than for his own talent? In the film a young girl is heard saying, “You married Katy Perry!” when she spots him in the street.

Brand shouts back at the girl and he appears to be quite upset over what she said. Or maybe he’s still extremely angry over what Katy said in an interview with Vogue in 2013. Addressing her marriage to Brand, Perry had this to say, “He’s a very smart man, and I was in love with him when I married him. “Let’s just say I haven’t heard from him since he texted me saying he was divorcing me December 31, 2011.”

Though Russell rants and raves about the plastic Hollywood lifestyle he lived with Katy during their brief marriage it sure looks like he’s trying to cash in on her name once again. Brand says he is out to change the world but he doesn’t seem to be able to do that without invoking his ex-wife’s name and taking shots at her nearly four years after he decided they weren’t compatible and fled the marriage.

Is “Brand: A Second Coming” an overindulgent series of narcissistic rants and ravings of a jealous ex-husband? Or is Katy Perry truly a plastic, vapid and vacuous person as Russel Brand describes?