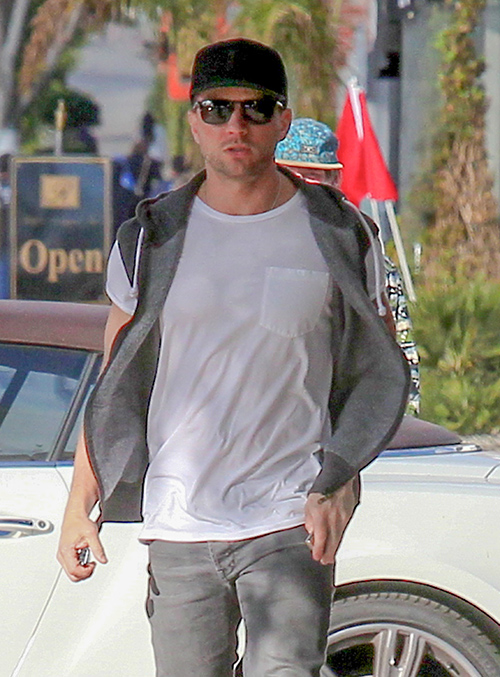 Did Ryan Phillippe beg Reese Witherspoon for a reunion? Ryan has allegedly become reclusive and depressed after Reese rejected the actor’s efforts to reconcile after many years apart. Reese Witherspoon was the love of Ryan’s life, at least that’s the ways things seemed for almost a decade. Witherspoon and Phillippe divorced in 2006, citing irreconcilable differences. In March 2011, Reese married Jim Toth and the couple welcomed a son – Tennessee James – in September 2012.

Reports began to surface recently that Witherspoon’s marriage to Toth was over. Jim’s arrest for driving under the influence put a strain on the already allegedly crumbling marriage. As previously reported, the Jim and Reese may be headed for a costly divorce – some $135 million is on the line.

Was that just what Phillippe needed to hear? Did Ryan broach the idea of a reunion while visiting the former couple’s children Ava, 16, and Deacon, 12? Did Reese shot Ryan down? Friends revealed that Ryan has seemed moody, depressed and antisocial over the past several weeks.

An eyewitness recently told OK! that Phillippe’s distinctive tattoos totally gave him away as the “Secrets and Lies” star enjoyed brunch not long ago in Brentwood, California. Two fans approached Ryan, gushed over him, asked Phillippe to take a photo with them – and Ryan “sternly said no and waved them off, asking them not to talk to him anymore.”

But this wasn’t the only so-called antisocial behavior Ryan reportedly displayed as of late. At an event held at the Hollywood Lounge Le Jardin, Ryan was once again moody and withdrawn. A partygoer noticed that Ryan refused to give interviews and wandered around the party alone. A source at the Le Jardin event said that Ryan didn’t talk to any of the other guests.

The two alleged incidents of Ryan’s rude behavior happened just after Thanksgiving insiders reveal. Was this about the time Reese Witherspoon’s marriage completely unraveled? Did Ryan Phillippe reach out to Reese Witherspoon hoping the couple could reconcile and become a happy family again?

Phillippe has dated a string of beautiful women since splitting from Witherspoon, but has never remarried. Ryan did become a father again when former girlfriend, model and actress Alexis Knapp, gave birth to the actor’s son Kailani Merizalde Phillippe-Knapp in July 2011. In April 2015, Phillipe revealed that he has been dating law student Paulina Stagter since 2011.

Friends close to Ryan Phillippe think the actor has never been able to get over losing Reese Witherspoon. Did whispers of problems in the Witherspoon-Toth marriage send Ryan running back to Reece? Do you think there’s a chance the ex-couple will reconcile?