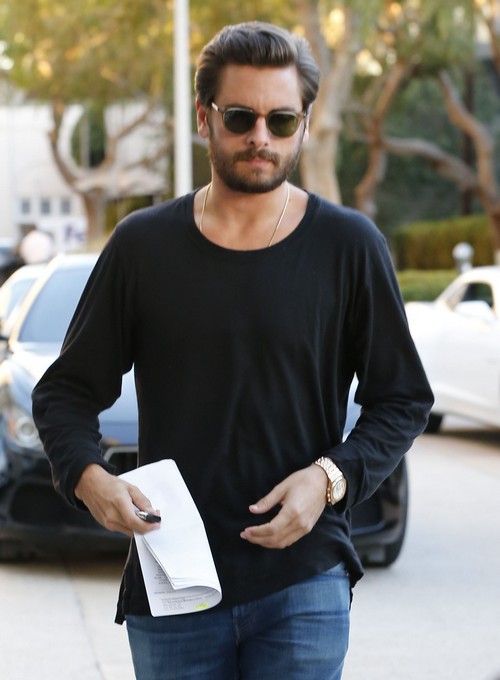 Scott Disick is out of rehab and doing everything it takes to get Kourtney Kardashian back but rumor has it, Kourtney is over Scott and looking for a younger man after spending time recently with Justin Bieber.

Kourtney seemed pretty upset at first when the “Keeping Up With The Kardashians” star split with Scott Disick. Kourtney Kardashian has seems to have come out of her slump after she started hanging out with Justin Bieber.

Kourtney Kardashian has recovered from the Scott Disick breakup rather quickly. Recently Kourtney has been getting the best revenge on her cheating ex Scott Disick. The oldest Kardashian is looking recharged lately with a subtly sexier style. Kourtney also looks like she’s really happy lately, like she’s unbothered about Scott and completely over him.

On the other hand, Scott Disick knows that he royally screwed up not only his family but also his biggest source of income. Scott has been begging for Kourtney to take him back. Disick thinks if he just gets through rehab and stays sober, Kourtney will totally let him come back.

Family is everything to Kourtney and she always took Scott back before because she really doesn’t want to raise her three kids alone. Scott knows that and he has taken complete advantage. The problem is, Scott Disick may have pushed Kourtney Kardashian too far already and now she wants to give her ex-boyfriend a taste of his own medicine.

Since her split with Scott, Kourtney Kardashian has gotten real friendly with her neighbor Justin Bieber. Kourtney has had a lot of fun over the last month or so going to parties and dinners and just enjoying the single life.

Kourtney Kardashian has been linked to Justin Bieber a handful of times now like when they were seen dancing together at Kendall Jenner’s birthday party and another time right before that when Kourtney caught a ride home with Justin Bieber after dinner.

Kourtney has been living such a grown up life for so long where all she really did was raise kids and take care of the family while Scott Disick ran around and played.

Kourtney is really enjoying her playtime now and settling back into that exhausting routine with Scott is the farthest thing from her mind right now. If Kourtney Kardashian takes Scott Disick back, it probably won’t be anytime soon.

Kourtney Kardashian is enjoying her cougar status as rumors swirl that the “KUWTK” is more than just neighbors with the Biebs. Chances are that Kourtney will be fishing in the younger end of the dating pool for at least right now.