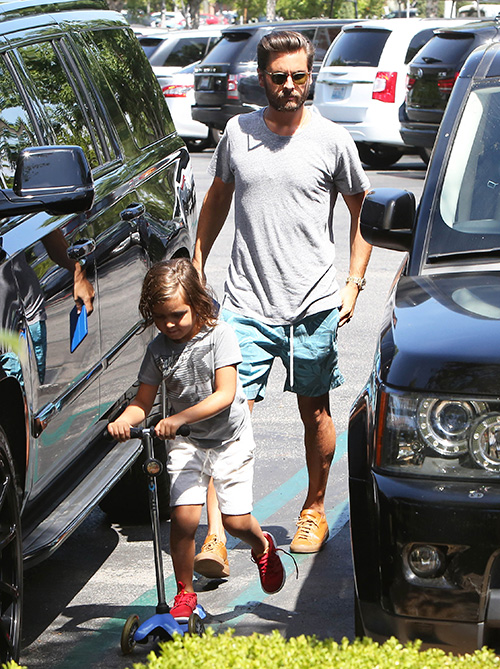 Scott Disick has a new girlfriend! Apparently, the boozing reality TV star isn’t half as torn up about his breakup from Kourtney Kardashian as she is – because he has already moved on with a much younger model. According to a new report, Scott Disck is dating 18 year old Canadian model and student Lindsay Vrckovnik – the couple was spotted all over New York City, with the PDA on full display.

Scott Disick and the young blonde were first spotted in NYC together late Wednesday night on September 30. They partied together. They started bar-hopping in the East Village and wound up returning to Scott’s hotel around 6:00 AM. According to Entertainment Tonight, “Lindsay Vrckovnik is an 18-year-old model represented by Spot 6 Management, meaning there’s a 14-year age gap between her and Scott. The modeling agency is based in Toronto, Ontario, where Lindsay was reportedly residing before heading to New York to study at Parsons School of Design.”

Sure, Scott’s new girlfriend is 18 years old, so technically she is a legal adult. Here’s where it gets creepy though: Lindsay just graduated from high-school in 2015 – three or four months ago! That is the equivalent to Scott Disick dating Kylie Jenner or one of her pals. In Scott’s defense, he is about the same maturity level of a high-school graduate, so they actually may have a lot in common.

Do you think it is weird that Scott Disick is dating someone who just graduated from high-school? How do you think his ex Kourtney Kardashian will react? Will Lindsay be allowed around their kids? Let us know what you think in the comments below!