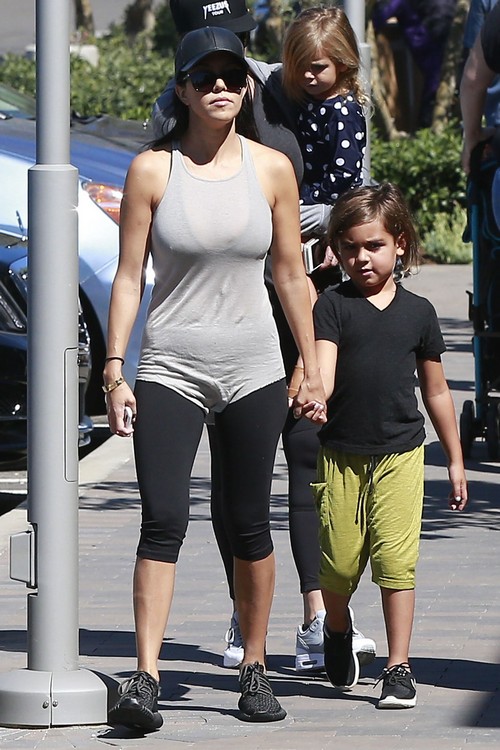 Kourtney Kardashian is single and ready to mingle after her break-up from Scott Disick. But, she won’t be on the market long if her mother Kris Jenner has any say in it. Kris, being the money-hungry momager that she is, is taking full advantage of her daughter’s heartbreak and new relationship status. According to a new report from Star Magazine, Kris is auditioning guys to star on Keeping Up With The Kardashians as Kourtney’s boyfriends. Way to stay classy Kris!

This week’s edition of Star Magazine reveals that Kourtney Kardashian’s dating will be front and center in the next season. A source close to the famous family dished to Star Magazine, “She is literally auditioning men right now. On the show it will look like Kourtney is going on blind dates and online dating, looking for Mr. Right. But, in actuality Kris is handpicking guys who will bring spark, and drama, and excitement to the show.”

So what lucky (or unlucky) guys has Kris Jenner handpicked to date her daughter on her reality TV show? According to Star Magazine, one of the men is none other than former Bachelor Chris Soules – which really is a no-brainer. Like he would ever turn down a cameo on a reality TV show, he is currently on his third as we speak, Food Network’s “Worst Cook In America.” Soules isn’t the only star from Bachelor Nation – Kris has reportedly also recruited two-time Bachelorette loser Nick Viall.

A source dished, “Nick had hoped to become the next Bachelor, but now that those dreams have been dashed he is game to vie for Kourtney.” Kris Jenner also has her eyes on Dancing With The Stars Casanova Val Chmerkovskiy, and plans on having Kourtney set up with a few of Khloe’s boyfriend James Harden’s single teammates as well.

Kourtney Kardashian’s break-up from Scott Disick could be one of the best things to happen to Kris Jenner’s reality TV show in quite a while. Do you think Nick Viall and Chris Soules will boost ratings? What are the odds that Kourtney might actually wind up liking one of them? Let us know what you think in the comments below!