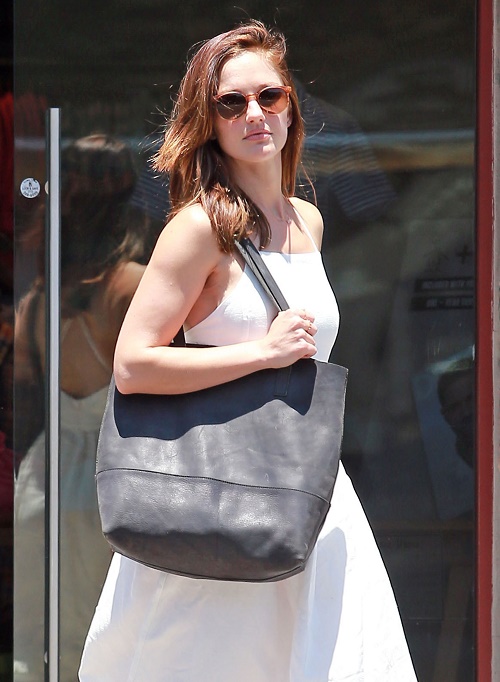 Sean Penn and Charlize Theron’s breakup was earlier this month. The couple called it quits after two years of dating – right before they got married and said “I Do.” Despite reports that Sean Penn was devastated and wouldn’t be able to live without his much younger girlfriend, the actor seems to be doing just fine. Penn was spotted out with Minka Kelly, his rumored new girlfriend.

According to a new report from The Hollywood Gossip, Sean Penn helped Minka celebrate her 35th birthday in Napa Valley at the French Laundry restaurant. Although a handful of Minka’s close friends also joined them during the evening, sources say that the chemistry between Penn and Kelly was undeniable – and it was obvious they were more than just friends. A tell-tale sign that something is going on between the two celebs is the fact that Minka didn’t tell. After her birthday dinner Minka took to Instagram to rave about her birthday and her dinner with friends, and she never once mentioned the fact that Sean Penn was with her. Worst kept secret…ever?

Ironically, when Sean Penn and Charlize Theron broke up, it was supposedly Charlize that did the dumping because Sean was “too controlling” and was rumored to have a bit of a temper. So, either Sean is the fastest rebounder ever, or he already had Minka Kelly on deck. It’s actually very possible that Sean was dumped because Charlize found out he was cheating on her with Minka. That would explain the abrupt breakup after two years, and so close to their wedding. Not that we don’t believe Sean Penn is “too controlling,” but after two years Charlize knew he was controlling, why would it take so long to start to bother her?

What do you guys think? Did Sean Penn have Minka waiting in line? Or was he already dating her before he and Charlize broke up? Let us know what you think in the comments below!