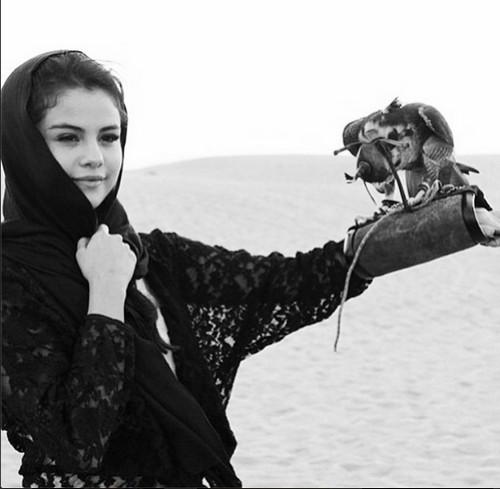 Selena Gomez is a crazy girlfriend and ruined her relationships with Justin Bieber and Orlando Bloom as a consequence of her desperate behavior. It’s no secret that Selena Gomez has a disastrous track record when it comes to the men in her life, and 2014 was full of make-ups, break-ups, and hook ups for the off-again girlfriend of Justin Bieber. But, numbers don’t lie, and considering the number of failed relationships Selena Gomez has under her belt – it’s becoming pretty clear that the problem may actually be her, and not just her choice of less than charming boyfriends.

The January 5 edition of OK! Magazine reveals that Selena Gomez has developed a reputation as a clingy and needy girlfriend in Hollywood after her relationships with Justin Bieber and Orlando Bloom this past year. According to OK!, “During her reconciliation with Justin earlier this year the starlet wouldn’t let him out of her sight and was even trying to befriend his former flings. A source reveals that her needy nature extended to her relationship with Orlando Bloom, whom she briefly reconciled with in October.”

Apparently Orlando Bloom has had enough of Selena’s crazy antics and super clingy tendencies. An insider explained to the magazine, “She’d lash out at Orlando like a madwoman whenever she felt like he wasn’t paying enough attention to her. In fact it has gotten to a point where he has asked her to stop calling him and lose his phone number.”

It’s no secret that Justin Bieber is a horrible boyfriend, and we’ll never condone his behavior – but there are two sides to every story. It seems pretty clear that Selena has just as many issues as Justin does when it comes to being in a relationship. There clearly is some truth to the story when you think back to Selena’s behavior in 2014 – her whirlwind friendship and feud with the Jenner sisters proves that she was trying to befriend Bieber’s former flings, and she popped up unexpectedly to check on Bieber more than once. Remember when she arrived at the studio where he was trying to work clearly drunk and caused a scene? As far as Orlando Bloom goes, who could forget the pitiful picture of her sitting on the sidewalk sobbing with him?

Do you believe that Selena Gomez is a crazy girlfriend? Or is she merely an innocent victim in her slew of failed relationships? Let us know what you think in the comments below!