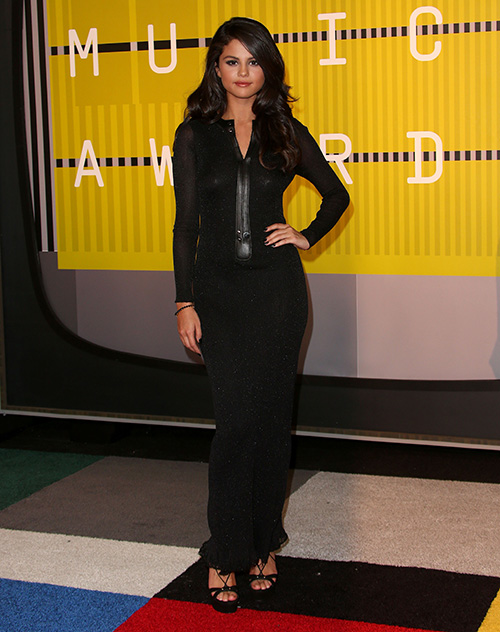 Is Selena Gomez dating David Henrie (again)? SelGo and her Wizards of Waverly Place on-screen brother had a brief romance in 2014, somewhere in between one of her breakups and makeups with her prolific ex Justin Bieber. Selena and David Henrie were photographed leaving Tosconova Restaurant in Calabasas, California after sharing a romantic dinner for two. When Selena realized they had been spotted by the paparazzi, she kept her head down and rushed to the car. David, on the other hand, beamed for the cameras, obviously proud to be out and about with his former flame.

So, the obvious question to ask now is…what happened to Nick Jonas? For over a month now, Selena Gomez has been rumored to be dating Nick Jonas, and the singer has been encouraging dating rumors. Sure, she hasn’t come right out and confirmed them – but she won’t deny them either, which is the oldest trick in Selena’s playbook. The singer seriously must have a secret degree in public relations, because she certainly knows how to work the media and press when she is promoting her music.

David Henrie is probably thrilled by the prospect of a reconciliation with Selena Gomez. Little does he know that he is just being used as a publicity gimmick. Doesn’t anyone else think it is strange that whenever SelGo is about to drop a new single or new album (Revival will be available in October 2015), her face is all over the place and she is romantically linked to half a dozen guys in a matter of a week? You have to laugh at the irony though. She played the victim for years when she was in a relationship with Justin Bieber. In all actuality, now she has basically turned into the female version of him.

Do you think David Henrie and Selene Gomez are really dating? What about Selena and Nick Jonas? Or is she stringing all these guys along to promote her new album? Let us know what you think in the comments below!