Selena Gomez Releases New Song ‘Same Old Love’ – Disses Justin Bieber, Trying To One Up Biebs ‘What Do You Mean’ 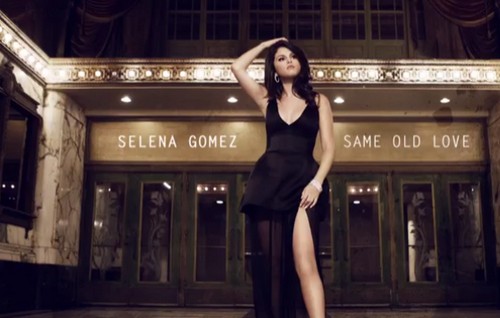 Selena Gomez and Justin Bieber’s game of tit for tat is getting tired. On Wednesday September 9 Selena Gomez dropped the second single off from her new album “Revival,” a pretty transparent tune called “Same Old Love.” Selena and Justin have been throwing some not-so-subtle shade at each other over the course of the past few weeks. Justin’s new single “What Do You Mean” was an obvious dig at his ex Selena and he even managed to have her name in the background of a scene which featured him kissing another girl.

Selena Gomez, always the mature one, dropped the single “Same Old Love” unexpectedly this week – to let Biebs and everyone know that she is “sick of that same old love” and could care less about his hot new song. The lyrics are obvious shade at her relationship with Justin Bieber, and sources say that Selena actually dropped the single earlier than planned in retaliation to Justin’s “What Do You Mean” music video.

In Selena Gomez’s new song the lyrics read: “I’m not spending any time, wasting tonight on you I know, I’ve heard it all, So don’t you try and change your mind Cause I won’t be changing too, you know” The catchy chorus, with the help of Charlie XCX goes on to say, “I’m so sick of that same old love, The kind that breaks you apart.”

According to a source close to Selena’s camp, she was actually not planning on releasing this song so soon – but she had a change of heart after she saw Justin’s “What Do You Mean” music video. The insider dished, “Selena’s team is growing tired of this game she is playing with Justin. They hate the fact that their careers and the success of the album, seem to revolve around what Justin is doing. Selena isn’t making sound business decisions for everyone involved, she is just trying to one up her ex-boyfriend.”

Do you think that Selena Gomez and Justin Bieber’s tit for tat game will ever end? Since they have turned it in to some sort of epic break-up competition? Which song do you think is better, “Same Old Love” or “What Do You Mean?” Let us know what you think in the comment below!