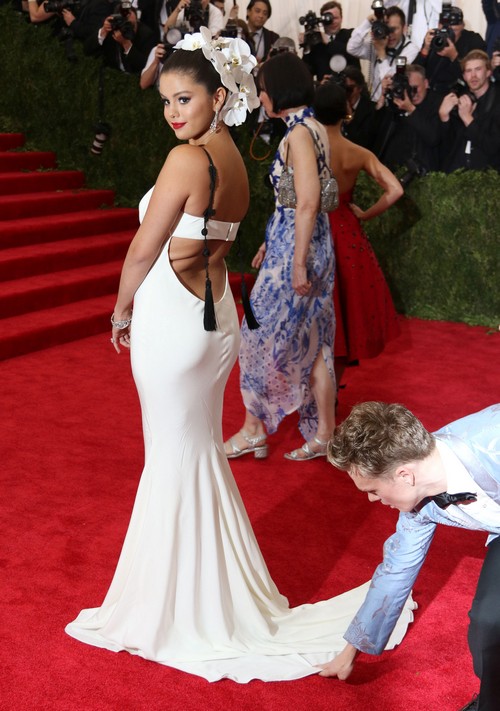 Selena Gomez and Kylie Jenner have recently made up after the falling out over Justin Bieber, but now, rumors have hit the blogosphere stating that Gomez may just be using Kylie Jenner to keep an eye on Justin Bieber. Can this be true?

Kylie Jenner, 17, and Selena Gomez, 22, had a falling out after Gomez found flirtatious text messages on her boyfriend at time, Justin Bieber’s, phone, from the young rebellious reality star. No one really expected the two to make up, let alone this quickly, but Kylie Jenner recently uploaded a photo onto Instagram and Selena Gomez was in the same show. The photo was posted on May 16, which means that the two have hung out within the last month.

Of course, Selena Gomez could have ulterior motives and according to an inside source, that is exactly the case. A source for Hollywood Life says, “She’s using Kylie to find out what’s going on with Justin. Being friends with his friends is the best way to stay in the loop with him.”

We recently reported that Selena Gomez still likes some of Justin Bieber’s photos on Instagram, which means that the young actress, turned singer, turned actress again, is still very interested in what is going on in the life of her on and off again boyfriend.

The source goes onto say that Selena “wants to know how he is and if he talks about her. Apparently, Selena Gomez chatted with Kris Jenner at the 2015 Met Gala, and Kris Jenner helped reconcile the friendship between Selena and Kylie.

Selena Gomez may be ready to work things out with the Jenner’s, but we are not so sure if there intentions are pure. “She knows she’s going to see Kendall and Kylie wherever she goes, and it’s just easier for her to be friends with them than have the awkward drama. She’s ready to make up with Kendall,” says the source.

If Selena Gomez really is just using Kylie for the inside scoop on Justin Bieber, it makes perfect sense that she would want to reconcile with Kendall Jenner as well. Two sets of eyes are better than one.

What do you think? Is Selena Gomez just using Kylie Jenner? Should Kendall be weary about reconciling with Selena as well? Let us know in the comments below.