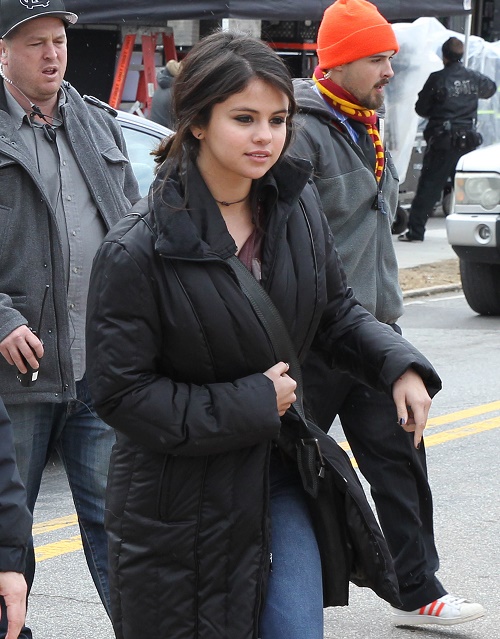 Is Selena Gomez trying to make Justin Bieber even more jealous when she compares her relationship with Zedd to When Harry Met Sally? Selena Gomez clearly has high aims for her relationship with Zedd, especially as she’s already comparing it to the relationship between Billy Crystal and Meg Ryan in ‘When Harry Met Sally’. Clearly, Selena either has delusions of grandeur or she truly thinks that she and Zedd are going to last forever. Or she’s just trying to make Justin Bieber jealous. Honestly, it could be any or all of the above, but I’m thinking it’s a combination of everything. Selena is in a happy new relationship, and she wants everyone to know – only natural, right? But the pure extent to which she’s been speaking about Zedd also says a lot, especially considering that it’s such a new relationship.

Plus, Selena’s also been very obvious in all of her social media and Instagram posts, including her latest one. She has her arm around Zedd, with the caption, “Harry to my Sally.” I’m sure Selena and Zedd make an adorable couple, but she wishes. Harry and Sally are an iconic movie couple, and Selena and Zedd have a long, long way to go before reaching that kind of icon status. The best thing I can say about them is that Zedd is significantly better [by leaps and bounds] than Justin Bieber.

Of course, Justin Bieber has been doing his best to win Selena back during this time, but right now, he’s failing miserably. In fact, there are even rumors about Selena and Zedd getting engaged and married, which would no doubt send Justin over the deep end. In other words, prepare yourself for a whirlwind year of gossip concerning the Selena Gomez – Zedd – Justin Bieber love triangle.

What do you guys think about Selena’s Instagram post comparing her and Zedd to Harry and Sally? Do you think Selena’s being overly affectionate on her social media? And is she just doing it to make Justin jealous?