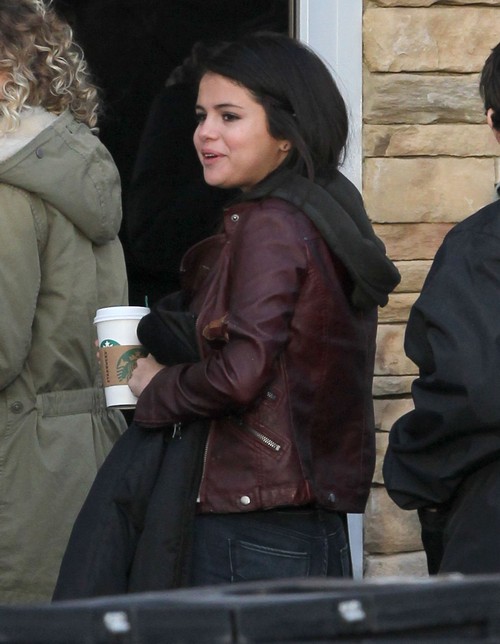 Justin Bieber is crushed and heartbroken after Selena Gomez expresses great love for her new boyfriend Zedd in an interview. Selena Gomez shares that her life experiences has made her become more confident lately, but also gives a nod to boyfriend Zedd for bringing her happy level up to an “8 or 9” while a guest on radio show Saturday Night Online on Saturday night. Selena seemed surprisingly upbeat, proving that ex Justin Bieber is out of her life.

Selena Gomez was giggling and giddy with delight when the host asked about new love Zedd (real name Anton Zaslavski). Selena giggled to express her delight but it seems as though she’s not ready to give up all the dirt just yet laughing, “Whatever, I got to go.” As the host persisted, Selena finally relented and gave a little information about her blossoming love. The host asked how happy she is feeling these days, to which Selena responded, “It’s like an 8 or 9. Whatever, I’ve got to go!” Selena is not ready yet to share her romance so publicly, as she surely knows the downfall of having the public all in her business and wants to be able to enjoy some privacy with Zedd as they continue to get to know each other in this new relationship.

Selena talked about her upcoming album, in which she worked with Zedd, explaining, “I think it’s been extremely exciting. I think after four albums, I finally feel a little more like myself than I ever have. I have this confidence and I have a better understanding of what I’m talking about. This is now a point in my life where I have experienced friendships or relationships or travel or exploring, it’s really fun.” Selena Gomez has experienced quite a bit in her years, and no doubt relationship issues from her recent break up with Justin Bieber will make an appearance on her new album. But she’s also working with Zedd on new music and they seem to be making music outside of the studio as well based on Selena’s newfound happiness and confidence.

The more Selena makes it known that she is over Justin Bieber, the more her ex seems to pine for her. Justin’s especially bothered by the fact that DJ/Producer Zedd is responsible for making his ex happy again. Meanwhile, as CDL reported Zedd continues to stake his claim and show Justin that he’s not planning on leaving Selena any time soon.

CDLers..what do you think Justin’s next move will be in his effort to win back Selena?