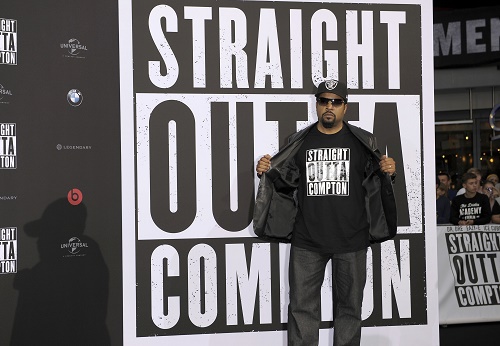 A Straight Outta Compton sequel about West Coast rap is in the works. It will showcase the rise of the careers of Tupac Shakur, Snoop Dogg, Nate Dogg, Warren G., Kurupt, Tha Dogg Pound, as well as other important and influential West Coast rappers. TMZ spoke with Daz, one half of the rap duo Tha Dogg Pound, who said, “The follow-up won’t whitewash gang violence and its impact on the rap industry.”

DPG’s music will be the centerpiece of the film. In the exclusive interview Daz also talked about casting for the movie, saying, “It will not have the same actors from “Straight Outta Compton.”” But there is the matter of including Suge Knight, who founded Death Row Records with Dr. Dre, the record label that produced Tupac, Snoop and many others.

Death Row Records was one of the biggest players in the history of West Coast rap. The record label sold nearly 50 million albums worldwide and achieved revenue of nearly $750 million. After Tupac Shakur was gunned down in 1996, most of the artists, including Snoop Dogg and Nate Dogg, parted company with Death Row Records. In 2006, the record label went bankrupt and was sold to WIDEawake Entertainment Group, Inc. for $18 million.

How can you exclude Suge and Death Row Records from the film? Is it possible to gloss over the impact of both the record label and Suge on West Coast rap? Because Suge Knight is behind bars it will not be easy for producers to confer with him, if they are able to do so at all. Suge is awaiting trial on murder charges stemming from a January 2015 hit-and-run accident in which he was allegedly involved. In July 2015, the business mogul’s attorney notified the court that Suge has a brain tumor. Could the music mogul’s latest legal and health issues be an important part of the film?

Dr. Dre and Ice Cube will not have a hand in producing the movie, but Daz did confirm in the interview that Dre has given his approval on the project. And it looks like Dre’s son Curtis Young will take over his father’s role. No decision has been made yet as to who will be cast to portray Snoop Dogg and Ice Cube.

What do you think? Is it possible for Hollywood get it right and make an honest film about West Coast rap?