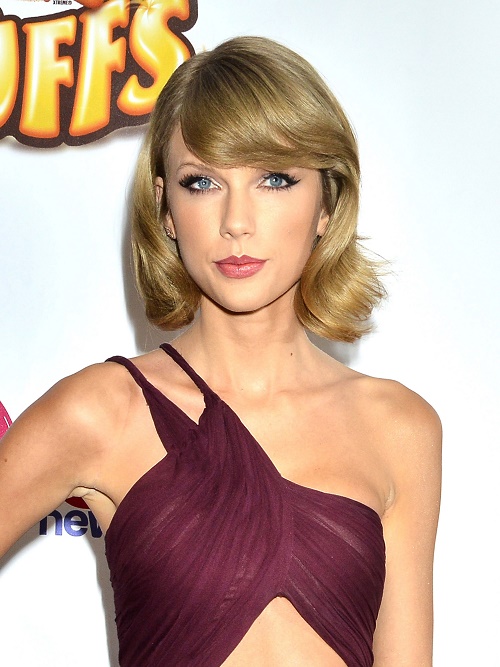 Taylor Swift has ordered her boyfriend Calvin Harris to quit smoking…now! Taylor Swift has been dating her current boyfriend Calvin Harris for just a few short months, but the “Bad Blood” singer has always had a tendency to fall hard and fast, and she is reportedly already planning their wedding. But, according to a new report, Taylor may not be Calvin’s wife just yet – but she is already laying down the law with the 35-year-old DJ and has ordered him to quit smoking cigarettes.

The June 29 edition of Life & Style Magazine reveals that Taylor has informed Calvin it is time to kick his nasty smoking habit to the curb. An insider dished to Life & Style, “Taylor is very anti-smoking. She has explained to Calvin that it is not a deal-breaker, but she is worried about his health. She has confessed that sometimes his smoker’s breath turns her off. That’s why she insists that he brushes his teeth and uses mouthwash after he has been puffing. She doesn’t want him to ruin their make-out sessions.”

We totally get that making out with a smoker could be gross for some people, especially people who don’t smoke – but Taylor might want to slow down a bit. Call us crazy, but it seems like she is coming off a little too strong, and might want to wait until there is a ring on her finger before she starts ordering Calvin around. Once again, Taylor is moving a little too quickly, and all of this wedding talk and bossing around she is doing might scare Calvin away long before she puts a down-payment on a wedding planner.

Do you think that Taylor is being a little too pushy, ordering Calvin to quit smoking cigarettes? If it bothered her that much, then why did she begin dating him in the first place? Do you really see the them getting married? Let us know in the comments below!