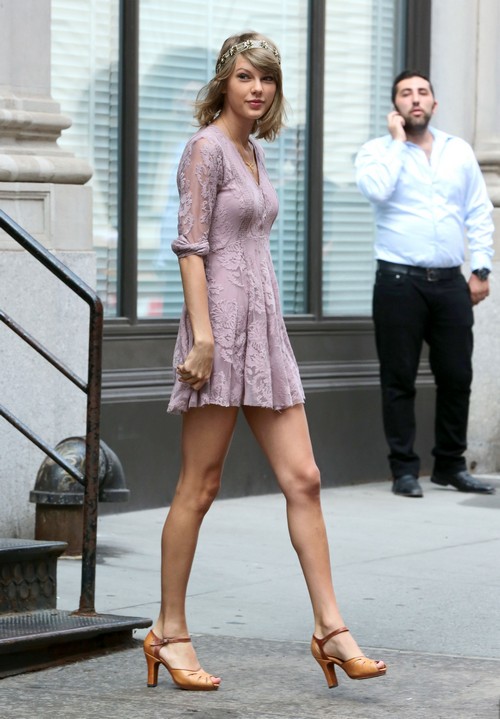 Taylor Swift is determined to play the part of Joni Mitchell in an upcoming biopic about the folk singer’s career. But, there is one problem – Joni Mitchell does not, under any circumstances want Swift playing her in the movie. Joni Mitchell suffered from an aneurysm earlier this year, and the film is currently on hold while she recuperates, because she wants complete control over how they tell her story.

According to a new report in National Enquirer, Taylor Swift has been begging for the lad in the Joni Mitchell biopic, and she thinks that she is a perfect fit. The 60’s music legend thinks otherwise though. A source dished to the magazine, “Joni is adamant about two things: getting back to playing music and having control over the movie. And, Joni is absolutely sure she does not want Taylor Swift to portray her in her life story.”

The Joni Mitchell biopic has been in the works for three years now, and Joni already publicly mortified Taylor by turning her down and not casting her in the film. But, Taylor apparently can’t take a hint or is hoping that Joni’s brush with death in March has inspired her to have a change of heart. According to National Enquirer, Taylor just won’t quit! Sine Joni’s aneurysm Taylor has reportedly been sending her droves of unwanted “Get Well” gifts and bouquets of flowers.

Joni Mitchell is an iconic music legend, it’s no wonder Taylor wants the role in the film. But, Taylor’s persistence most likely has nothing to do with her admiration for Mitchell, it is probably inspired by her inability to handle not getting her way. Taylor has reportedly been quite the diva and “mean girl” as of late, and she doesn’t hear the phrase “no” too often. It is driving Swift crazy that Joni won’t cast her, and publicly dismissed her when she begged for the part the first time.

Do you think that Taylor would make a good Joni Mitchell? Is it as funny to you as it is to us that a music legend like Joni herself totally dissed Swift? Let us know what you think in the comments below!