The Bachelor 2015 Ashley Salter Exposed: Chris Soules Calls Her Out for Dishonesty and Eliminates Liar 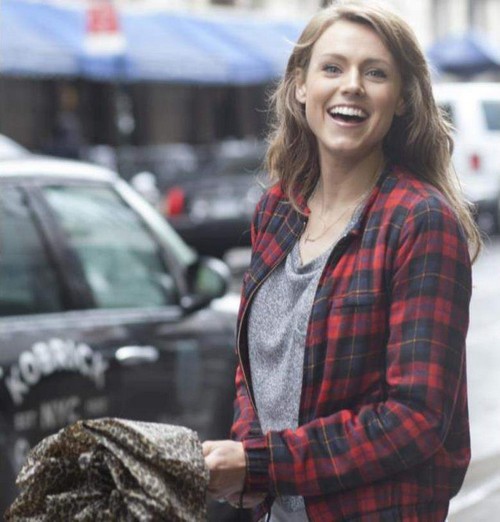 Despite Ashley Salter’s many attempts to stay on The Bachelor 2015 to extend her few minutes of fame, she failed on week 4 and was finally sent home by Chris Soules. Ashley Salter was the Bachelorette who kept everyone scratching their heads and laughing out loud at her crazy antics and fans say they will miss her most!

Chris Soules could no longer keep Ashley on for the ride that is The Bachelor 2015 any longer and finally pulled the plug on the possibility of a future romance with the allegedly spacy woman. Chris was actually surprised by the fact that Ashley lied when professing her love for him, writing in his People blog of her confession, “Yeah, that was uncomfortable. I honestly didn’t know how to respond. I wasn’t really flattered because I knew what she was saying wasn’t true; it was the full moon talking! That conversation was definitely the last straw in my relationship with Ashley S… I really wanted to give her the benefit of the doubt, but since she felt ‘nothing,’ I know I made the right decision [to oust her].” Ouch. But we have to pause for a moment of silent laughter at the possibility that Chris Soules actually believes the rest of the women there are all genuinely there to have a “happily ever after” with him, and that each of the remaining Bachelorettes are completely honest about their intentions and feelings.

It was easy to question Ashley’s intentions…and integrity…right from the beginning as there were some inconsistencies in her ABC profile for The Bachelor 2015 that didn’t match up with her real story. The show described Ashley as a hairdresser, while some digging showed that no salons in Brooklyn where she is said to work employed Ashley Salter. Other records uncovered that Ashley seemed to have a much higher-lever career as an Assistant Controller at Lynx Chemical Group. What else could Ashley have been hiding? Many believe she intentionally acting strangely to boost her chances of remaining on the show, or at least gain the most exposure possible for a Bachelorette who is not given the final rose. Some even believe producers strongly suggested that Chris Soules keep her on a little longer because she was good for ratings. It seemed they were right as many fans have actually shared that they’ll miss the crazy antics of the strangest Bachelorette yet.

Chris likely won’t lose any sleep over the loss of Ashley Salter. He seemed to be enjoying every moment of being The Bachelor 2015, having women do crazy things to get his attention and earn the chance for a private date. He’s also been taking advantage of always having a woman available for a quick make-out session. He seems to be getting more and more arrogant each week, perhaps because he believes every woman still at the mansion is in love with him…except for that “Ashley girl,” and that was why she had to go.

Watcha’ think CDLers…was Ashley Salter using Chris Soules for exposure? Who else is doing the same…just playing it off a little better? Weigh in below!