The Bachelor 2015: Mackenzie Deonigi Becomes Jealous of Ashley Iaconetti’s Virginity in the Battle for Chris Soules! 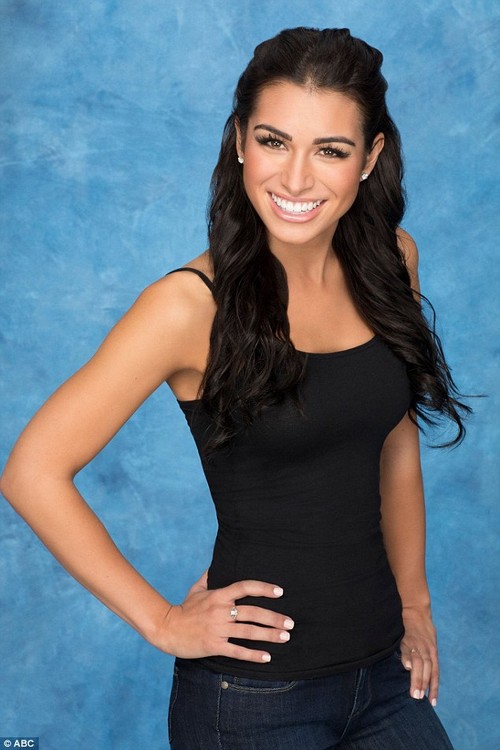 Let the backstabbing and cattiness begin! Bachelor 2015 begins with a bang as Mackenzie Deonigi becomes jealous of Ashley Iaconetti’s putative virginity in the battle for Chris Soules!

The ladies of Bachelor 2015, in season 19 of the long-running series already have the gloves on as Mackenzie Deonigi shares her jealousy over Ashley Iaconetti’s virginity—fearful that Chris Soules will keep her around longer so that he can be her first. With Season 19 of The Bachelor well underway, fans of the show have already seen the infamous limo entrances and pathetic attempts to vie for the attention of Chris Soules, along with the elimination of eight of the 30 women who have left their dignity at home to compete for the love of “Farmer Chris.”

In a clip of the upcoming second episode to run on Monday night, fans were treated to Ashley Iaconetti telling Mackenzie Deonigi and Megan Bell that she has never had a boyfriend and was still a virgin. Mackenzie couldn’t believe it and immediately told Ashley that she was jealous of the fact that she was a virgin because she believes Chris will be intrigued by the news and possibly pleased by the fact that he’d have the opportunity to be her first. She is fearful that Ashley will automatically earn herself a longer stay, and a better chance to earn the final rose, because of her virginity. Of course since CDL already announced the winner [SPOILER] of the season 19 Bachelor who is already engaged to Chris these woman have little to worry about in reality. They’ll need to find men elsewhere.

Mackenzie goes on to lament about the fact that she cannot even use that great pitch because she has a child. Wow…classy, right? First of all, Mackenzie gives the impression that if she didn’t have a child, she’d try to lie about having saved herself for her husband. Secondly, she makes it sound as though she’s upset about having a child because she can’t get away with lying to her potential future husband.

While Mackenzie stresses over not being able to offer virginity to Farmer Chris, she need not be so worried. Bachelor history shows that the more conservative girls who have made a point to share their values have not always fared too well. One thing is for sure…despite this season being different by starting with 30 ladies after Chris’ heart, one thing is the same…the cattiness begins and desperation is abound as we dive in to The Bachelor 2015 to see who will win the heart of Chris Soules.