The Bachelor 2015 Spoilers: Who Does Chris Soules Take On First One-On-One Date – Who Is Eliminated Season 19 Episode 2? 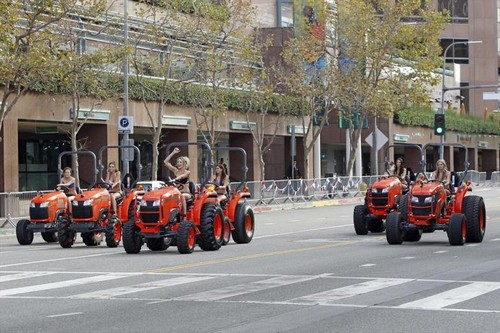 The Bachelor 2015 Season 19 Episode 2 spoilers reveal details of who is eliminated from Chris Soules’ love list and who gets the first one-on-one date. Major spoilers alerts, CDLers, so tune out now if you don’t want to know what’s in store for Chris Soules and the 22 remaining ladies in episode 2 of The Bachelor 2015 Season 19. Viewers were entertained last week on The Bachelor 2015 after seeing Tara’s drunken escapades, and a bold Kimberly come back to crash the cocktail party where Chris Soules was celebrating with the remaining 22 women. Kimberly, a yoga instructor, reportedly came back to ask for a second chance.

While ABC released a press release teasing that the second episode will provide more details about the Kimberly situation and whether or not she stayed around, Reality Steve claims that she will remain in the running for Chris Soules’ heart—even competing in the upcoming tractor race with five other bikini-clad contestants that CDL told you about last week on The Bachelor Season 19 episode 1. Spoilers reveal that Mackenzie, Tandra, Jade, and Ashley Iaconetti will also compete. CDL told you about Mackenzie’s jealousy over Ashley Iaconetti’s virgin status that will likely get more attention in the second episode as well.

This week on The Bachelor, we’ll also see Farmer Chris on his first one-on-one date. The word is that Megan, a 24-year-old make-up artist, will be the lucky recipient of the first one-on-one which includes a helicopter ride over the Grand Canyon and a picnic lunch. No guarantee yet on whether or not she is one of the remaining 18 women left after the second rose ceremony.

Though we cannot be certain about who will be eliminated, Reality Steve is taking a stab at guessing the five contestants who will be eliminated after the second rose ceremony. He predicts that Tandra, Alissa, Jordan, Jillian, and Tara will be sent packing. We’ll have to wait and see if his predictions are accurate!

An ABC press release does promise a “jaw-dropping declaration” from one of the women as part of the second episode, as well as “one of the steamiest make-out sessions” in the history of the show. Stay tuned, CDLers, and be sure to come back for our LIVE recap of The Bachelor 2015 Season 19 Episode 2 and all the spoilers you need!