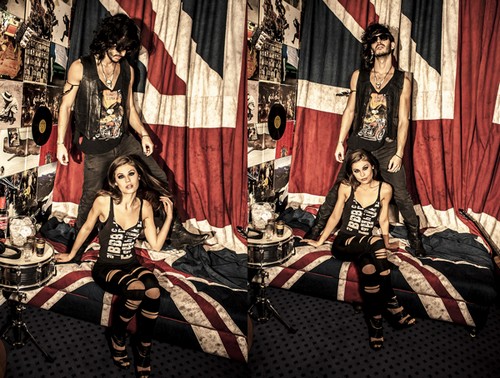 The Bachelor 2015 spoilers for Chris Soules season 19 have discovered that Brit Nilsson is an impostor who is trying to become The Bachelorette 2015 and not trying to find love and win the final rose – reminds anyone of Andi Dorfman? Britt Nilsson had the attention of The Bachelor 2015 Chris Soules from the moment she stepped out of the limousine, but her goal from the start was to become the next Bachelorette to jump start her acting career, not to become the wife of Chris Soules. Britt and Chris had what many believed was an instant attraction to one another, but friends of the model/actress from Hollywood say she is most attracted to becoming an actress, and she is hoping to use the show as her springboard into stardom.

Britt doesn’t want to win the final rose. Though that would surely bring her publicity, she’d rather parlay her publicity from the show into a whole new season of another show…The Bachelorette 2015, just like Andi Dorfman did with Juan Pablo. Britt wants to remain on The Bachelor 2015 as long as she can before dropping a bomb that will upset Chris, or finding a way to sway his choice to one of her competitors. She wants to win the sympathy of the audience so that she’ll have a better chance at becoming the next Bachelorette – again, Britt Nilsson learned right from Andi Dorfman’s playbook.

Britt’s bio for the show states that she is a waitress in Hollywood. Does Chris truly believe she is only a waitress with no desire to be an actress? She moved to Hollywood to become a star, there is no chance she’ll take up residence on a farm out of the spotlight. She’ll drop some news on Chris when she’s ready to bail out, in hopes that he chooses not to give her a rose, and that she’s already won the hearts of fans of the show. She wants to be seen as a victim of circumstance so she won’t look bad with the news she plans to confess to Chris.

While her ABC bio touts Britt as a waitress, OkHitS has her listed as a waitress/actress/model. Even Chris Harrison confirmed she’s done some modeling. Most telling, however, is her IMdB page that documents she’s been in three low-budget films since 2010. None, however, have garnered her the exposure she is getting from Season 19 of the series. Though she is thought to be one of the final two bachelorettes, we are waiting to see how well her acting skills truly are as she tries to become the sweet girl from Hollywood that got turned down by Chris Soules…only to end up on The Bachelorette 2015. Britt has made it clear to friends and family…she is only doing The Bachelor 2015 to gain publicity and a chance to be the selected choice for The Bachelorette 2015. CDLers… how blind is Chris Soules NOT to see this, especially after Andi Dorfman did the exact same thing last season? Come back to CDL for more The Bachelor 2015 spoilers each and every day!