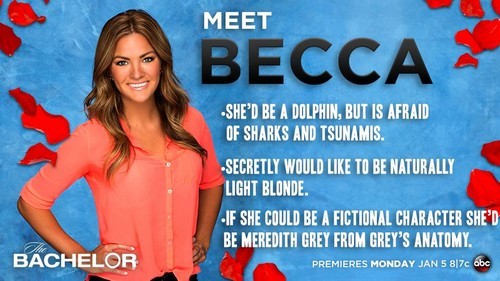 The Bachelor 2015 spoilers reveal who is eliminated and who quits on Season 19 Episode 6 of our favorite reality show as well as some wild details of what to expect. The Bachelor spoilers tease that Episode 6 of ABC’s reality TV dating show will be another exciting one for the books. So far the 2015 Bachelor Chris Soules has been a little unorthodox, and hasn’t been following in the footsteps of previous ABC Bachelors, so far he has let not one but two girls return (although their stays were brief), kissed basically every girl on the show before the season premiere was over, and kept some pretty bizarre bachelorettes around for reasons we will never understand. Episode 6 spoilers tease that on Monday February 9 Farmer Chris” will once again break tradition and take not one, but two girls, on a super awkward 1-on-1 date.

Episode 5 of The Bachelor ended this week with a bizarre cliff-hanger, not only did Chris Soules get incredibly emotional and decide not to eliminate anyone at the rose ceremony – Kelsey Poe began acting bizarrely and collapsed in the hallway and began rambling and yelling. As producers rushed to her side fearing that she hit her head on the floor, Kelsey whined that was having an anxiety attack. Apparently, Kelsey recovered from her anxiety attack rather quickly – because she is one of the two girls that will be going on an awkward 2-on-1 date with Chris Soules during Episode 6.

The Bachelor Season 19 Episode 6 spoilers tease that Chris Soules heads out on a date with both Kelsey Poe and Ashley Iaconetti. Kelsey and Ashley I.’s true colors have begun to shine through, and have Bachelor fans questioning what exactly it is that Chris Soules sees in the two women. And, apparently Chris realizes he doesn’t see much in them, because Bachelor spoilers tease that he sends them both home at the end of the date (just like he did to Jillian).

Bachelor spoilers also reveal that Chris Soules heads out on a group date with the rest of the remaining girls, and they visit with country band Big & Rich and learn how to write love songs. Bachelor spoilers also tease that Becca Tilley will receive her first 1-on-1 date with The Bachelor, and she will receive a rose afterwards. According to Bachelor spoilers, Megan will walk out on Chris Soules and decides she wants to go home. She probably got tired of being ignored by Chris, and the camera crew, because frankly we have only seen her a total of three times since The Bachelor premiere.

At this point we have no idea if there will be an actual rose ceremony during Episode 6, however spoilers have been confirmed that Ashley I and Kelsey will be eliminated, and Megan goes home of her own accord. (Here’s to hoping Chris realizes that she is gone.) So Bachelor fans, are you happy to see Kelsey and Ashley go? Do you think anyone else will be eliminated in Episode 6? Let us know what you think in the comments below and don’t forget to check CDL tomorrow for more Bachelor spoilers and news.